Three years after terminating a failed ERP project, Marin County, California, is once again trying its hand at an enterprise implementation. This time around, the county has learned lessons from the past that may help drive success. 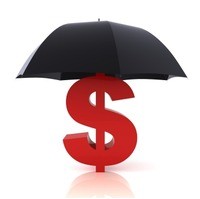 Marin’s original project went $30 million over budget and culminated in a lawsuit claiming fraud against Deloitte Consulting and software supplier SAP. In the lawsuit settlement, Deloitte Consulting paid $3.9 million to Marin and all claims against SAP were dismissed.

Marin’s lawsuit presented a one-sided argument that Deloitte and SAP were entirely responsible for the failed project with the county as victim. As I explained at the time, this position was significantly flawed because it did not accurately reflect the county’s role in creating a negative outcome:

Marin’s position seems to imply that all responsibility lies with these external vendors, because the county had “little or no prior knowledge of SAP software or experience with complex ERP implementations.”

On the surface, this position perhaps seems reasonable; however, enterprise implementations always require shared involvement between a customer and its vendors. Therefore, such an extreme position bears little connection to the requirements of actual software deployments. The question is where to draw the line on responsibility.

As it prepares to restart its ERP project, Marin appears to have learned from prior mistakes and taken the following steps:

While Marin moves forward, we should review Deloitte’s association with IT failures, including:

Both California and Massachusetts recently conducted hearings into failed rollouts of unemployment systems that Deloitte implemented. These events raise the question whether Deloitte has systemic issues that lead to problems with such projects.

ERP implementations are among the most complex software projects in business. When the interests of customer, software vendor, and system integrator converge, the likelihood of project success increases; conversely, failure is virtually inevitable when interests diverge. The IT Devil’s Triangle concept describes these dynamics.

When inexperienced enterprise customers relinquish control to outside vendors, costs tend to rise and schedules may slip. To avoid this, enterprise buyers should spend time and money, upfront, to analyze requirements, areas of business process change, and the implementation plan (including testing) in great detail. Frequently, however, management and stakeholders demand rapid progress at the start, leading to rushed and incomplete preparation.

If this advice seems like motherhood and apple pie in its obvious simplicity, ask yourself why so many projects fail. In point of fact, getting these things right is neither simple nor easy. In this case, Marin may finally be on the path to doing things properly.

Disclosure: SAP is a current client related to CIO innovation