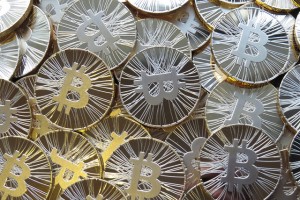 Bitcoin has a uniqueness problem – Bitcoin has lots and lots of unique features and advantages that you can read about. However, I find one particular risk that you can drive a truck through. Compared to US Dollar (or Euro, Pound, any national currency) which by definition can have only one of each – and therefore is limited in number of ‘types’ of currency. So while in theory the Federal Reserve can print infinite dollars, there is only one Federal Reserve with only one dollar. But nothing prevents “multiple Feds” to exist in the virtual coin world – you can imagine an infinite number of currencies each with a finite number of coins. We already have Litecoin. What prevents me/you/anyone from creating Goatcoin, Sheepcoin, Bitcoin2, Bitcoin3,..BitCoinN? Why should Bitcoin then retain its purchasing power except for the first mover advantage.

Bitcoin is not like Gold
I keep reading how Bitcoin is like Gold. Well, its like Gold in the sense that there is only finite number of Bitcoins. But Gold has very little competition – Platinum and Silver being too very good alternatives. We are limited to the number of elements in the periodic table and within that to the elements that are considered to valuable metals – typically stable or nearly inert metals.

In case of virtual currencies, its possible to have an infinite number of ‘alternatives’.

Think of it this way: If Bitcoin is like Gold then you can imagine Litecoin to be like Silver. Except we can have way to many of these Coins.

This means that we can have an infinite currencies each with a finite number of coins. This means that the total supply of coins of all possible types is unconstrained and nothing like Gold or even Gold, Silver, Platinum combined.

Bitcoins in not like Fed
Another way to think about Bitcoin is to compare it to the US Federal Reserve – both ‘print’ coins. Except the Fed can print infinite while Bitcoin only allows for finite number of coins. This is hailed as one of the key big features of Bitcoin. Except that there is only one very unique Federal Reserve created by our government and there is only one – by law.

No law, no technology prevents us from having an innumerable number of Bitcoin equivalent currencies.

One counter argument – and somewhat valid – is that Bitcoin is already accepted by many people who have agreed to value it. This is true and this may mean that Bitcoin continues to hold or even increase its value. But its also true that there is nothing preventing from one or many more currencies to be launched and supported – we already have many already listed here at List of alternative crypto currencies.