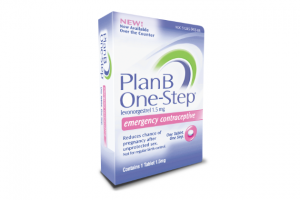 When I ran my own business, I had a solid, tried-and-true, 3x pipeline. That was absolutely, 100% the math. For every $3 in prospective sales, we would see $1 in booked revenue, and this was the case for years. Until it abruptly wasn’t. For whatever reason, the ratio started to shift, and we began closing less than 30% of deals.

Clearly it was time to move to a 4x pipeline. If we were going to maintain the same amount of revenue annually, we needed to increase the number of opportunities were were pursuing. So that’s what we did.

Let’s park this parable for a moment and jump to an article I came across last week. It turns out that a popular pharmaceutical contraceptive doesn’t work well for women who weigh more than 165lbs (75kgs) and doesn’t workat all for women over 176 lbs (80kgs). The article explained that the reason for this was something known as “non-linear pharmokinetics”. Essentially: taking y of a drug = x of the drug in your bloodstream. However, for some drugs, taking 2y does not = 2x in your bloodstream, it may still be 1x or even less, depending on your metabolism.

Which is why this particular contraceptive doesn’t work for women over a certain weight. Because of non-linear pharmokinetics, you can’t take enough of the drug for it to work if your body mass is above a certain amount.

And this is the connection I began to think about as it related to our sales pipeline long ago. Even though we created a 4x pipeline, our revenue did not respond accordingly. Because it turns out that there’s something very similar to non-linear pharmokinetics that happens in sales. According to a Sirius Decisions study released this year, B2B companies with 3x pipelines perform much better than those with 4x pipelines – by about 32%. The reason is explained as quality – when you increase pipeline, and lower expectations of productivity, we encourage sales professionals to reduce quality. That’s certainly what we saw in our own 4x experiment, which didn’t do a thing. We ended up refocusing our efforts on the rightclients, instead of all the clients.

The reasons for these two different but similar phenomenon (put more of x into the system, which doesn’t generate linearly more y) is the multiplier. It’s an additional variable that we, in our quest to see simplicity where it sometimes is not, forget about. The good news is that these unconsidered variables in other circumstances can sometimes actually generate more value, especially in a knowledge-based business. You can read more about that in this fascinating article by Daniel Rasmus about the Serendipity Economy.

Do you have any examples of this from your own work?