The dramatic reshaping of industry lines 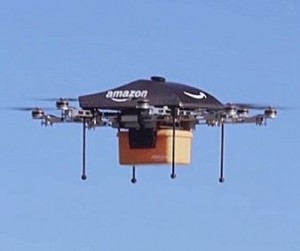 In the early 90s at PwC we used to admire IBM’s sales organization by industry lines. In the late 90s at Gartner, we saw SAP develop ERP extensions for many industries. In the early 00s, we saw Amazon reshape the publishing  industry and Apple reshape the music industry. In the late 00s we saw Google, eBay and others start to impact countless other industries. In the early 10s we have seen Infor start to focus on applications by “micro-verticals”  So, instead of going in with more generalized food and beverage positioning, Infor can now present shelf life management features to bakeries, and sub-lot traceability to  breweries.

We are entering a new phase where a single (big) idea can transform multiple industries.

GE’s Industrial Internet concept showcases how its “brilliant machines” – aircraft engines, wind turbines, blowout preventers, MRI scanners and other products – are generating unique primary data for actionable insight in different industries they serve. The impact could be dramatic. By GE’s estimates 1% of aviation fuel savings is US$30 billion over 15 years. 1% in better optimization of healthcare facilities adds US$63 billion over 15 years. 1% reduction in oil and gas CAPEX adds another US$90 billion.

Chunka Mui and Paul Carroll’s  new book on Killer Apps (reviewed here) looks at how Google autonomous car is impacting “carmakers, their dealers, rental car companies, body shops, insurers, health care providers”. By their estimate  the impact is  “$2 trillion in revenue each year in the United States alone”. The authors could also have looked at impact of urban planning as cities and counties look at impact on traffic lights and speeding fine revenues as more cars become driverless.

If they had waited a bit longer, they could have forecast the impact the recently disclosed Amazon PrimeAir drone delivery could have on logistics, grocery chains, law enforcement, national security and other impact points. Or the impact eBay’s Connected Glass could have on retail, advertising, logistics and payment processors.

Most companies have “monkey see, monkey do” cultures – so they benchmark against peers in their own industries, they have unique acronyms and buzzwords for their industries, they ask vendors for references in their own verticals. Vendors have cynically over the last couple of  decades learned to use the industry vernacular, and spray paint a layer of vertical gloss over horizontal functionality.

Most vendors never truly verticalized their products. The new shifting industry sands could be even more challenging to them. The fact that tech savvy companies like Google and Amazon are not about to stop at cars or drones to impact every more industries should be terrifying.