As The Year Winds Down: Get Some Rest. Or You’ll End Up Washing Out in SaaS in Year 5. 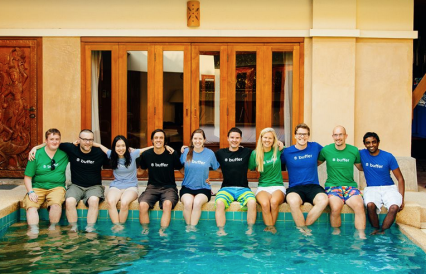 If you squint, and look carefully, in a lot of the deals you see on TechCrunch, Techmeme, Pando Daily, or whatever you read, you’ll see a pattern in a good chunk of them.  You’ll see that Co. X or Y sells to BigCo … around Year 5.  Or that a New CEO is brought in around Year 5 or so.

A recent example I noticed was the mega-merger-combo of Odesk and eLance.  While Odesk was a little older than 5 years, the interesting thing to me was the CEO of Odesk decided not just to step aside after the merger is complete, but said stepping aside was “something in the works for some time.”  I don’t know this for a fact, but I know it for a pattern.  Odesk is a huge success.  He was just too tired.

We’ve talked about how the #1 thing to understand in SaaS is that it Compounds.  It’s so hard to get off the ground, but once it does — it builds on itself if you do it right.  But along with that, it’s inherently a grind.  Because with almost every SaaS company, however well you do … you’ll want to do 10-20-30% better.  And getting that extra 10-20-30% isn’t simple, because you’re pushing deep into the well, deep into the Incremental Customers, scraping the bottom of the pipeline.

We’re going to talk soon more about how to make it easier to get that extra 10% growth from different slivers.  Three we’ve talked about already are Tilting a Smidge Upmarket, Focusing Extra Resources on Second-Order Revenue, and Focusing on Strategically Adding Incremental Customers.  We’ll talk more soon about how outbound sales and other strategies can be used as layers here too, to grow faster.

But whatever you do, find a way to take a break this holiday season.  Slow down, so you can move faster.

SaaS is incredibly rewarding.  You can build an amazing team, and go into battle together, every day.  You can build something Unstoppable.  But dude, as great at it is … this recurring revenue thing, the multiples are there, it’s the way to go … it’s a grind.  Protect yourself.  And by doing so, your company, your team, and your mission will be all the stronger and more successful.

On that note, let me reproduce here a popular related post I did on this topic on Quora.  See ya in ’14.  It’s gonna be great. 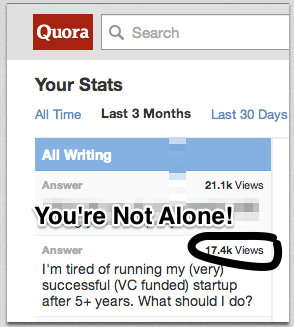 Q: “I’m tired of running my (very) successful (VC funded) startup after 5+ years. What should I do?

I have been slogging it out for a LONG time. The business has grown as predicted but I’m just tired and have lost my passion. I am one of a few founders. I’m a builder of awesome startups, not a “runner” of established companies. What should/can I do to get out?”
SaaStr:
First, let’s be clear – everyone gets tired after about 5 years.  Really tired.  Everyone.  You are not alone.  You would be surprised how many of the Top 100 internet CEOs were exactly there.My first suggestion is this:  take 2+2 weeks off.  It’s hard to take a full month off, so instead do this: 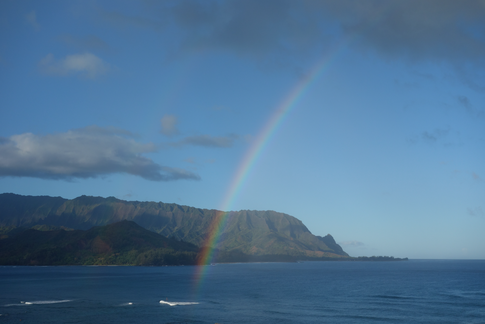 Only then, consider your next options.

Bringing in an outside CEO would seem on the surface a good option — but I’m skeptical, because after 5 years … you probably would have already done this if it was the best option.  You would have done this earlier if it was the way to go — because that’s obvious.

So I think the more likely practical option, after the 2+2 weeks, is to redefine your role.  Dedicate yourself to bringing in that missing VP, or a COO, or someone to somehow shoulder at least 50% of your load.  Since you stuck it out for 5 years, I bet if you can find someone to take half the weight off your shoulders — you can still do amazing things at your company, and may even want to.  And economically, you probably should.  You have so much invested in these shares.

Don’t flush those 5 years down the drain.