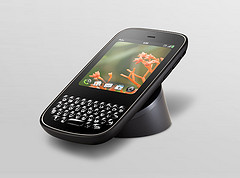 I was initially skeptical this morning on MKM’s buy call on $PALM, but thinking it through the scenario is at least interesting.

Is a low-end volume strategy a long shot?  Yes – but given Palm’s challenging financial and market position – standing pat is not an option either.

Thursday’s earnings call should be interesting.