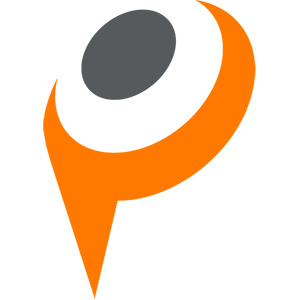 On January 7th (officially, although embargo was broken by several analysts and press before then) Microsoft announced it had entered a definitive agreement to acquire Parature.  The terms of the transaction were not disclosed (although wild speculation abounds) and is expected to close during the first quarter of 2014.

Although the timing might make it look similar, this deal and the deal between Verint and KANA are very different.  Please read that post earlier in my blog for more details on that – I don’t want to make comparisons that are not appropriate for this analysis.

Microsoft has a glaring hole in their Dynamics CRM product line: customer service.  For as long as I can remember, this has been the case.  Even though they have – something, it is not competitive.  It does OK for small implementations, but as the complexity of the interaction grows it lacks the fortitude to deliver – and even worse in large scale.  This has been a problem as they try to grow into larger accounts and try to compete in the customer service market for position and presence.

As Microsoft tries to win larger accounts against the likes of Salesforce.com, Oracle (either with the Oracle Fusion product or RigthNow’s version of Customer Service) and others the lack of a structured customer service solution began to be noticed.  I worked with Microsoft before, both formally and informally, about this.  There was no doubt there was a need to be filled, the only question was what and how.

On the other hand, Parature was in the mend.  Recovering from a near-disastrous bad-CEO stint, they spent the past three years or so re-architecting their product.  From being considered a solution that could only cater to small and mid-size businesses for simple customer service, they saw early on the need to redo their product with two guiding principles: a stronger, cloud-based architecture and the need to refocus on Knowledge Management.

I have written extensively on KM these past few months, and will continue to do so in the many years to come.  We are approaching a paradigm shift in knowledge like we have not experienced before, mostly driven by the rush to aggregate knowledge in online communities and social networks.  The shift from knowledge-in-storage to knowledge-in-use demands new models, new architectures, and new behaviors.

Whether consciously or through subliminal knowledge, Parature developed their new architecture in a way that can both support the traditional models for KM as well as the new paradigm described above.  At least in my perspective, since I have not yet seen it implemented that way (not only by them, it is a nascent model and not getting sufficient traction in the market – yet, wait a few more months).

Microsoft making this acquisition for the knowledge management components primarily, and after looking in detail at this new architecture, brings the issue of knowledge-in-use and the paradigm shift to the enterprise level – and I cannot be more happy for that.  There are some very interesting new plays in KM that are leveraging this new model (Mindtouch, Transversal) and old companies cozying up to the concept (FuzeDigital , Jive, Moxie Software, and others) and this is the push that they will need to make it happen.

Of course, this only works if Microsoft realizes what they have acquired and puts resources and talent behind that effort.  I understand from my conversations that this is the case and this is what will happen.  Not only as an independent entity, which Parature will remain, but also as a way to bring the power of this architecture to the Dynamics CRM product and enhance their solution there.  A two-for-one special makes me happy.

Here is to hoping they keep on their current path.

I am bullish on the potential of this acquisition to accomplish two things:

1)      Reinforce the concept of knowledge-in-use by putting additional resources behind the work done by Parature as it remains an independent entity.

2)      Create a more complete enterprise-player out of Dynamics CRM (especially around customer service, but eventually leverage the KM power into other areas) and with a two-tier customer service solution be able to compete more fully with ServiceCloud.

While it does not fully complete the customer service product for Dynamics CRM, it does make it very competitive and with the right partnerships they can deliver that extended value.  While there is more, much more, that can be discussed about Microsoft, this is about this deal – and the bottom line is that has a lot of potential.

There will be changes coming down for Microsoft customers once the product is integrated, likely in the 1-2 years’ timeframe considering the speed and efficiency with which Microsoft completed integration with prior acquisitions made by Dynamics CRM, and don’t foresee significant changes for Parature clients.

It is a little early to see the changes for Microsoft customers but adding functionality for Customer Service is definitely in the works.  As any other vendor, I am sure Microsoft would want a higher price for the more features they will provide – but the functions should remain sufficiently separate so it would not be mandatory upgrade.

All customers, current and prospective, should understand the roadmap for the product but don’t ask for another six-months or so.  The current plan calls for remaining independent (which I don’t foresee changing – or will let you know) and slowly integrating the valuable components.  We will know in six months or so if this remains the same.

Do you see this differently?

Would love your comments…

disclosure: parature is an active client and I have helped them some in positioning and strategy for their new architecture and product.  microsoft is going-to-be (if their verbal commitments hold) a client again and has been in the past going back many years – we also had discussions leading to this event.  both vendors fell out of favor a couple of times before, but now they are listening to me and doing much better.  most of the other vendors mentioned are active clients or will be this year.  may be too late to say this, but I know everyone in the (soon-to-be-extinct) eService market and they all are, were, or will be clients.  no better way to ensure there is no conflict of interest in my opinion. needless to say, but mandated by the ftc, there is no conflict of interest as they all are very nice to me and give me tons of free stuff (like time, access to executives, responses to my DM and emails, etc). i don’t favor one vendor over another, just call them as i see them.