Fixing government tech: Innovation against ‘IT cartels’ and ‘complex systems’ 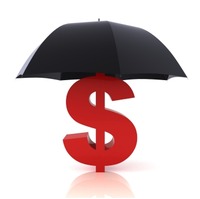 In the wake of problems with healthcare.gov, government IT projects are receiving greater scrutiny than ever before; even President Barack Obama is looking at steps to reform federal technology practices.

Greater scrutiny of government IT is certainly needed, but the problem is not confined to the federal level. Although federal agencies and departments have a poor IT reputation, based on projects such as $1B wasted on a scrapped military ERP system, similar IT problems exist at every level of government. From the village of Oak Park, IL to the states of California andMassachusetts, inefficient and wasteful IT is rampant.

There is no magic bullet for solving government IT because the issues relate to communication, collaboration, and politics more than technology. Although various federal initiatives have focused on procurement (PDF) reform and transparency, real solutions demand more sweeping changes to project management, information sharing, hiring, and innovation. Because culture, politics, and money lie at the root of failed IT, simple prescriptive solutions are not sufficient.

Given the importance of these issues, I spoke with several innovative government CIOs as part of the CxOTalk series of conversations with senior executives on technology innovation in the enterprise. Those discussions are summarized below but the common thread is clear — people and relationships, rather than technology, drive successful IT.

As CIO of the GSA, Casey Coleman’s organization provides technology services to 17,000 users and oversees an IT budget of over $500M. Clearly, she has a unique perspective on what it takes to deliver IT services at scale.

During our conversation, Casey explains that federal agencies generally take a decentralized approach to IT, with each agency having multiple IT organizations with no single chain of command. In contrast, she has attempted to unify IT: “At the GSA, we have moved to IT offices that are more aligned with business, program, and functional areas, such as HR and CFO, and brought all that together into a unified team.” The GSA uses shared services to support common functions such as vendor management and security along with governance and planning.

Coleman’s team focuses on user experience and agile process, using cloud platforms (she specifically mentions force.com from salesforce.com) to reduce development time and total cost of ownership. Aside from bringing modern technical skills into the government and connecting the investment business case to specific objectives, Coleman advocates the importance of softer skills such as communication and change management:

It’s never about technology [or] IT for IT’s sake. It’s about the mission of the organization, or the business, or program objectives.

Kristin D. Russell, CIO for the State of Colorado

Kristin D. Russell joined the state after a career in the private sector. Speaking about the challenges of government IT, Russell points to three pervasive issues:

1. Culture and change management. Doing things differently requires an organization to change and adapt, which can be difficult and disruptive anywhere, let alone in government-scale situations. For example, when migrating 30,000 state employees to Google Apps from 15 disparate email systems, Russell had to overcome significant resistance. Her summary of this situation: “The CIO role is not about providing technical tools but really helping employees become productive by leveraging technology.”

She adds that government projects operate in a risk averse culture that exposes failure to politics and public scrutiny. As a result, agile approaches, such as failing fast and often, are difficult to transplant into the public sector because each of those intermediate failures, on which the process depends, can hit the spotlight and become public knowledge.

3. Large, lengthy projects. Russell says the government builds enormously complex systems that are difficult and expensive to replace, citing the example of a 23-year old ERP system that runs $70B of transactions each year in Colorado. She suggests an evolutionary approach to improving systems over time, rather than typical rip and replace strategies that are expensive and risky.

Discussing technology vendors and system integrators, Russell talks about “IT cartels” that sell each state a unique solution rather than developing off-the-shelf products: “It’s the fleecing of American taxpayers. We’ve got to stop doing that.” She recommends creating incentives for the private sector to build solutions that multiple states can reuse without excessive modification or customization.

Russell likes cloud SaaS products because they exchange the “balloon of CapEx to regularity of OpEx.” She calls cloud an “amplifier” of innovation for state government IT because configurable architectures (rather than hard-coding rules) enable flexibility, making it easier and faster for states to adapt software to their specific needs.

Mark Touitou is another CIO who came to government after a lengthy career in the private sector. To develop a relationship with lines of business, Touitou says the CIO must learn to understand the business goals that each government agency or department wants to achieve. This is the first step to reconciling the unique requirements of each department against technology assets shared across the entire organization, such as an email system. Balancing unique departmental requirements against the need for shared standards and governance is a primary requirement for building an IT organization that is both efficient and innovative.

Touitou focuses on the team aspect of IT innovation, to create an environment where people feel connected to a goal larger and are motivated to “achieve something extraordinary.” Building these team relationships demands more collaboration and less hierarchy, so Touitou says his biggest challenge is convincing colleagues to share information across silos that exist among the various departments and agencies in San Francisco.

This IT / business collaboration involves both sides learning from each other. When departments are ahead of IT, in terms of vision or technology, then IT should leverage that knowledge rather than fighting it. Similarly, departments must recognize the importance for IT to maintain centralized standards on governance, security, and infrastructure. Although every large organization faces this balance, the scale and silos of government require the CIO to address these issues directly.

CxOTalk brings together prominent executives, authors, and analysts to discuss innovation in enterprise business and technology. Conducted live and unscripted on open video, CxOTalk offers a rich source of thought leadership from the top practitioners and thinkers in the world. Join co-host, Vala Afshar, and me every Friday for a new episode of CxOTalk. Thanks to Jim MacLeod for drawing our CxOTalk guests.

One response to “Fixing government tech: Innovation against ‘IT cartels’ and ‘complex systems’”