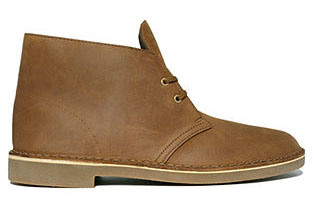 Good Customer Experience trumps Good Customer Service, even if you are Zappo’s.  My wife quit buying shoes from Zappo’s after they sent her the wrong pair of shoes for the third time and she had to return them.  They didn’t do it all on the same transaction, it happened over a fairly long period of time.  And yes, the Zappo’s Customer Service people were wonderful as always.  But it didn’t matter–the underlying Customer Experience was giving her the wrong shoes and she only allowed that to happen so many times before she gave up on them.

I had a similar experience with Zappo’s, but I didn’t even get as far as Customer Service.  I have bought shoes from them once–a nice pair of Clark’s Chukka Boots.   Great!

Some time later, I went looking for some tennis shoes.  I have a penchant for bright red shoes of the most exotic design possible that I wear when I go to hear live music.  I went straight to Zappo’s, found a pair of shoes I wanted, and tried to purchase.  I expected to be able to use my Amazon account, given they’re owned by Amazon and all, and it looked like I could do that, but I actually couldn’t quite make it work.  I don’t have an account on Zappo’s, because in a time of data breaches like Target’s, I open as few accounts as I can.  So I moved on.  It came time for me to buy another pair of shoes and I went  back to Zappo’s again, thinking that companies as savvy as Amazon and Zappo’s would surely have fixed the problem.  I found the shoes I wanted and tried once more to buy them.  No joy.  I could find no way to buy on my Amazon account and did not want to spend the time opening a Zappo’s account.

Not only did Zappo’s lose the sale of 2 pairs of shoes, but I just won’t go back there again.  It isn’t clear to me Amazon cares much, because in the end, I did buy those 2 pair from Amazon.  But if there was a good alternative I was familiar with, I would’ve skipped Amazon too, just for annoying me.

Now, how hard would it be for Zappo’s not to send my wife the wrong pair of shoes 3 times?  She doesn’t buy shoes all that often, so it was surprising it happened to her so many times.  And how hard would it be for Amazon to make it easy for me to buy shoes from Zappo’s with my existing Amazon account?  Come on, this can’t be rocket science for a company like Amazon.  If Google can figure out to put a birthday logo on their search page on my birthday because it picked up my birthdate somewhere in their far flung empire, Amazon can let me buy Zappo’s shoes with an Amazon account, right?

Fast forward to this morning.  I was doing something and fired up Adobe Photoshop CS3 (yes, I have had it for a long time!).  It immediately announced I had 2 days left to activate or it would die.  Great, I did remember it asking a few days ago.  I had tried and it kept telling me it had an Internet connection problem.  I knew it wasn’t at my end, nothing else was complaining, so I figured I try again–they surely had fixed their problem by now.

I was forced to use their phone activation.  With some trepidation I dialed the toll-free number and waited.  I really hate phone support.  It just isn’t ever a happy thing.  Ever.

Eventually, it had me key in a 24 digit serial number followed by a 32 digit activation code using my phone’s keypad.  Wow, that was a joy–not!  But, Photoshop at least did pop up a box that had the phone number to call plus these two lengthy codes to make it easier.  Unfortunately, the phone robot announced my activation code did not have enough digits.

WTF?!??  This was exactly the same code that Photoshop was telling me was the one to use.  How could it be wrong?

I tried twice, to no avail, at which point it told me to hold for a support representative.  Good, I was ready to let some human being know what I thought about all this after having used the software for several years.  Unfortunately, after a 5 minute wait, the Adobe side announced that they were no longer handling activation problems by telephone and gave me a URL I would have to visit with my browser to fix it.  Of course my blood pressure went up to the next DefCon level.

I went to the page suggested and couldn’t find even a hint of clue about what to do.  It was kind of a haphazard FAQ that only listed a few things, none of which could possibly be at issue.  When I got to the bottom, there was a Chat button with a message that cheerfully informed me I could get on right away with an agent if I would simply click.  So I did.

Of course as soon as the chat window opened, it informed me there were other customers ahead of me in line.  WTF?

Okay, deep cleansing breaths.  After no less than 10 messages informing me I was still waiting (no duh, I know I am waiting), Kumar finally popped up.

Kumar is mostly robot.  He is no doubt based on the old ELIZA simulated psychiatrist program which would always turn your question back around without really ever answering much.  It’s a primitive AI technique that’s been around forever.  Try it if you like, it’s kind of creepy in the same way that Kumar was.  I had to provide a description of my problem up front, and Kumar would ask me questions that were phrased along the lines of what I’d already told it, but that didn’t really add much color to the situation:

“Hi Bob.  You’re here because you can’t activate your Photoshop?”

“Yeah Kumar, that’s what I said in the original description.”

This is where Kumar gets clever.  Every time I respond, I get back a message saying, “Okay Bob, I’ll be back in 2-3 minutes after I check into that and take the necessary actions.”  Literally every single response I made, it would do that.  This is because Kumar, or whatever the real human being is named, is sitting in a giant call center somewhere dealing with probably 100 customers simultaneously.  He doesn’t want to get back to any one of us too quickly lest we monopolize too much of his time and annoy the other customers.  So, he uses all this clever software mostly to stall us customers so he can handle more of us.  Sweet!

He asks me to type in my 24-digit serial number (DOH!), but fortunately, I can just copy and paste it (Hah, outsmarted you bozos!).  Then he goes away for extra long–longer than the 2-3 minutes promised.  When he gets back, he wants to know my email for my Adobe customer account.  Oh boy.  Each piece of information will be asked for at 5 to 10 minute intervals–this is going to be painful and I have an appointment in 10 minutes.  I call the appointment to say I am coming, but I will be late.  It’s taken me 45 minutes with Kumar to get this far.

And then, a bit of magic happens.  Kumar comes back and says it’s all fixed, please try again.  I do, and low and behold, the Internet activation works.  A modicum of happiness ensues and I recall the nuclear bombers my DefCon blood pressure rise had summoned.  Then I started thinking about what had happened. Basically, the only reason online activation, had failed, the only reason I had worried whether I would fail to activate and thereby lose a valuable tool, the only reason I had to spend 45 minutes trying to tell Kumar the two pieces of information needed to fix the problem, the only reason I was getting really ticked off at Adobe, was because they wanted to associate my serial number (Kumar didn’t even ask me for the activation code) with my email.

Remember when I said I didn’t create an account with Zappo’s?  Well I also didn’t bother registering Photoshop.  It used to pop up a box about every 2 weeks asking me to fill out an elaborate form, and I would just tell it to go away.  Eventually it offered me the chance to tell it to never ask again, and I did so, thinking what a relief.  Nowhere did they tell me that eventually some power that be would decide they were going to force me to reactivate software that had already been activated and then put me through a painful experience of apparently having that activation fail, just because they wanted me to register.  A registration they no doubt needed so they can send me better marketing spam.

Can we see by now how to apply the maxim that Good Customer Experience trumps Good Customer Service?  Adobe didn’t really give good customer service, BTW, it was terrible.  I don’t blame Kumar for it.  I blame a Draconian wall and a moat filled with alligators designed to keep costs down on a cost center (Customer Service) that was built by a left and a right hand not knowing each other in a large bureaucratic organization and a marketing organization that only cares about filling its lead hungry maw.  It’s about par for the course with large organizations but it also happens to small organizations that pride themselves on treating customers well.  Tragically, it is so unnecessary and counter-productive too.

Let’s take Adobe’s case.  One could argue they never should’ve resorted to all this to connect my email to a serial number.  Let the man not register.  Or, they could’ve just told me I had to register to activate.  Hell, they could’ve just asked for my email as part of the re-activation and I’d have been happy.  Or they could’ve asked me to login to my Adobe account, also acceptable.  There are endless up front Customer Experience things they could have done to eliminate the need for me to deal with Customer Service at all.  Ironically, it would’ve been cheaper to do that.  45 minutes of Kumar and all those automated voice response systems had to cost something.

I run a one-man SaaS company (actually there are a couple part timers, but I’m making a point).  I do all the Customer Service myself.  Whenever and wherever I can, I try to change the User Experience to eliminate classes of Customer Service I see over and over again.  I have to just to survive.  Best of all, it makes the Customers happier and less frustrated.  The next time you’re gearing up a new release of your software, e-commerce front end, or whatever, ask what you can do to reduce the need for Customer Service.  Find out what the common sources of it are.  Get rid of a few of them every time you ship another release.  It’ll be a Good Thing for all concerned, I promise.