Yesterday my pal Tom Raftery posted about PG&E’s smart meter rollout in California and problems customers were experiencing, and he featured some comments that I made during a phone conversation we had.

“It seems that PG&E’s smart grid rollout is woefully under-resourced at the back-end. What PG&E should have is a system where customers can see their electrical consumption in real-time (on their phone, on their computer, on their in-home display, etc.) but also, in the same way that credit card companies contact me if purchasing goes out of my normal pattern, PG&E should have a system in place to contact customers whose bills are going seriously out of kilter. Preferably a system which alerts people in realtime if they are consuming too much electricity when the price is high, through their in-home display, via sms,Twitter DM, whatever.”

To be perfectly clear (hah, an Obamaism!), I am reserving judgement on the reported usage because the meter was installed in November (if I recall correctly) and this is the time of the year, November and December, that our utility and gas usage is considerably higher than in other months due to the holidays. At first glance the electricity seems rather high and from the limited information that is available through their online reports, unexplained drops and spikes are evident without any significant changes in our household patterns. 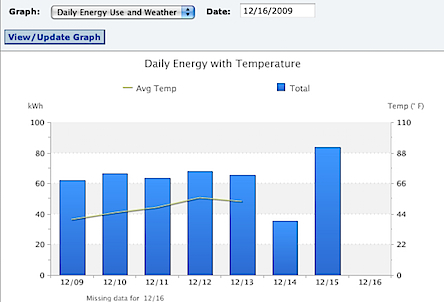 I will be tracking this data for a few months and comparing to historical monthly reports to look for anomalies, but right now my concerns are growing.

The promise of utility smart meters, at least what utility companies are promoting, is that customers would be able to have access to a wealth of data about their utility consumption as well as opt-in to more granular rate programs that allow you to modify your consumption behavior in exchange for preferential rates.

As you can see from the graphic I included a screenshot of, the data they are providing is certainly not extensive and more significantly there is little I can do to take action on it. There are no notifications or alerts I can set, and quite candidly I don’t have confidence in the reported data. For a reason that PG&E does not explain, there is no hourly data available either, despite having the smart meters for two billing cycles. This is the first component in PG&E’s #fail.

There is a program that PG&E offers called SmartRate whereby customers can opt-in to a voluntary program where they agree to cut back usage on up to 15 days, when PG&E broadcasts an alert, over a 5 month period in the summer months and in exchange PG&E offers these program participants a discounted rate. The problem with SmartRate is that the notification system is suspect, in fact this has been a frequent criticism of the SmartRate program, that customers are not getting the notifications on the selected days and end up paying more, as a penalty, for power as a result.

The entire notion of communicating consumption data is of tantamount importance to smart meter programs across the country. However, this is yet another example of how when utility companies talk about communicating it is not the same as when customers use the word. The focus insofar as utility companies have been concerned is the protocol used for the meter to communicate to the billing infrastructure.

There has been a controversial provision in the Stimulus bill passed this year that requires utility companies using stimulus dollars – taxpayer money – to build out their smart meter networks using standard IP. PG&E, to their credit, is using Silver Springs Networks for their meters, which is an IP based system. However, this is only one component in a much more complex system.

The data streams that these meters are producing should be available to anyone who I, as the utility customer, authorize. Access to this data would allow a network of third party application and service providers to offer products that are of great service to customers. As it stands today, I can only access a limited snapshot of data in a simplistic online display or as a downloadable CSV file.

The Utility Standards Board, which PG&E is not a member of, is promoting exactly this level of interoperability and data access.

It is the entire notion of open and transparent standards that most troubles me with these projects. There is something comforting about a mechanical meter (which the natural gas meter still is, the retrofit procedure only replaces the front panel) because it’s simplicity promotes reliability and consistency. The all digital meters, which the electrical meters are, represent a black box with no ability for third parties to access and verify.

For several years the conversion of our voting system from paper ballots and mechanical voting machines to an all digital system has been plagued by controversy because Diebold, renamed Premier Election Systems and sold to Election Systems & Software, refused to allow third parties to access the system code. This controversy only grew and ultimately Diebold sold off the division because it was tarnishing the firms image.

Utilities today have a similar set of conditions developing. Questions are growing about the accuracy of the electricity meters in particular and it won’t take long for this brushfire to grow into a firestorm that consumes the entire industry. PG&E should address these concerns not by blaming customers but by allowing third party verification of these smart meter systems, access to the code and mechanical details, and data interoperability. 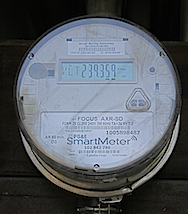 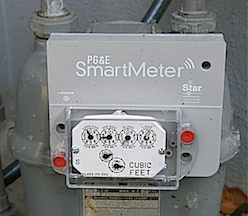 3 responses to “Can Smart Meters Succeed on Closed Standards?”