I come here to bury the WhatsApp conversation not to praise it. The Noble Om hath told you Zuck was ambitious. And grievously he is paying for it.

Facebook is chasing the social networking market. Google appears to have moved on and decided to focus on the next $10B markets that are not yet crowded, dominated or even formed!
The Google acquisitions lately have been less focused on getting one or more useful apps in its fold – messaging, chatting, pictures, address books are all nice and good but they are incremental innovations at best.
Red Ocean of Messaging Apps
Facebook has had to pay up for apps like Instagram and WhatsApp because its a red ocean – its full of competitors who would also be happy to acquire these apps. And even after it acquires the leaders, its not clear that Facebook can fend off the competition from likes of LINE, WeChat and dozens of others that are being built, funded and incubated as we discuss this.
Are you sure that 5 to 7 years from now you will be using WhatsApp? Are you even sure we will ‘need to’ find, download, open and use a third party application to perform the single most important function we buy phones for – to communicate. Paul Graham framed it best when he said – “One lesson from WhatsApp: Abusive monopolies create a lot of potential energy.” The failure of phone companies to offer a reasonably priced easy to use messaging app has created this huge opportunity.
Blue Ocean of Robots, Connected Homes, Driverless Cars
Meanwhile, both Apple and Google appear to be trying to find really big, hard problems to solve. Apple’s conversations with Tesla are an indicator. Google clearly has eyes set on solving transportation via driverless cars and further evidenced by their investment in Uber and acquisition of Waze. 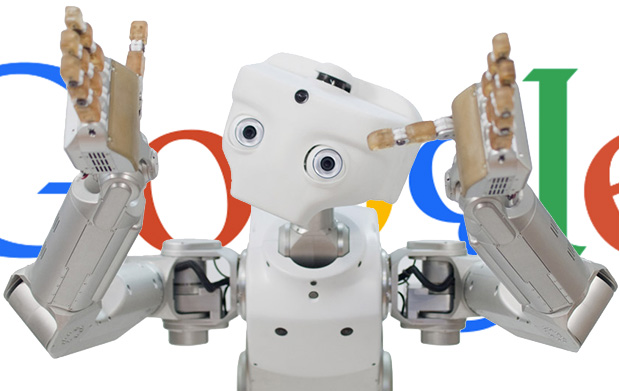 Google’s foray into robotics is an epic example of blue ocean exploration. I think its fair to say that most of us expect robotics to make a huge dent in our lives 10 to 15 years from now and whoever gets there first will have a huge advantage. Not eyeballs and messages sent and apps downloaded advantage but deep learning applied to robotics and vision advantage.
Chinese Curse
We are surely living in interesting times. I think Facebook spending 10% of its equity to acquire the most interesting messaging app shows ability to make big bold bets in a very fast changing world where lives of apps and companies may be getting shorter (see MySpace, Friendster, Blackberry, AOL, etc.) and rise to the tops getting faster (see LINE, WeChat, etc.). I am also sure that Google would have gladly offered a very handsome number of billions for WhatsApp. At the same time, I believe taking the long view of what 10x innovation in new markets means may prove to be the smarter bet. For now, I am more excited about robots, glasses, connected devices than I am about my messaging app.