A billion dollars isn’t what it used to be but it’s still substantial. You might wonder, as I did, what else in the world might be worth $16 billion the sum Facebook will pay (unless it pays $19 billion) for WhatsApp.  As it turns out there are lots of things and people in the $16 billion range.  Here are some examples.

Len Blavatnik, a self-made man with diversified holdings is #44 in Forbes list of richest people in the world.

According to the UN, GDP rankings the Republic of Georgia has a GDP of $15,830 billion.

The 2014 winter Olympics cost Russia a reported $50 billion.  But the 2018 event in Pyeonchang, South Korea has an infrastructure budget of only $7 billion, assuming a 100% overrun we’re in the neighborhood.

The latest US Aircraft carrier, the USS Jerald R. Ford, is the first in a new class of carriers also called the Ford class, aka the floating Fort Knox.  It was christened last year and had a cost of $13 billion, not including things like planes and ammo.  Ford-class carriers will begin replacing the 40 year-old Nimitz-class carriers and we can expect a $16 billion carrier any time now.

Forget all that, I decided to do what’s fastest and easiest.  I simply Googled $16 billion to see what would pop up.  Naturally, WhatsApp and Facebook were everywhere, but if you get deep into the search pile interesting things begin to emerge.  Here are headlines and links. 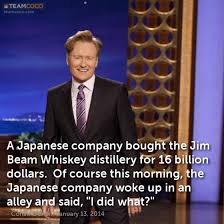 Bolivia Earns $16 Billion from Energy Industry Since Nationalization (in 2006)

The use of psychotropic drugs by adult Americans increased 22 percent from 2001 to 2010, with one in five adults now taking at least one psychotropic medication, according to industry data. In 2010, Americans spent more than $16 billion on antipsychotics, $11 billion on antidepressants and $7 billion for drugs to treat attention-deficit hyperactivity disorder (ADHD).

A lot of bourbon

Unclaimed Money: $16 Billion in Unredeemed U.S. Treasury Bonds. Could Some Be Yours?

Who are they kidding?

“In Texas, the yearly cost of binge drinking is estimated at $16 billion, which includes expenses related to health care, criminal justice and lost work.”