One of the most exciting parts of the CxOTalk show is talking with leaders and innovators to learn lessons from their experience. These conversations are spontaneous and personal, and provide insight into how some of the top leaders in the world think and act.

CIOs and CMOs today face a period in which the market has forced a redefinition of roles and expectations, with corresponding shifts in organizational relationships. These transitions have created a shift from well-defined marketing and technology roles to blurred lines and overlaps. In consequence, the leadership skills needed to drive successful business transformation are more important than ever. 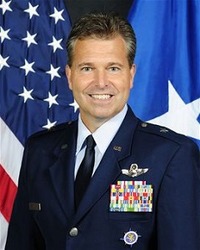 In plain English, General Michel’s organization is responsible for training the Afghan Air Force. Previously, General Michel was the Chief, Change and Learning Strategist for the U.S. Transportation Command, based at Scott Air Force Base, Ill. He is also the author of the leadership book Mediocre Me: How Saying No to the Status Quo Will Propel You From Ordinary to Extraordinary. General Michel describes himself as a “status quo buster” and is Senior Curator, and CEO, at the siteGeneral Leadership.

Our conversation focused on issues and challenges associated with leadership and change. Whether in the government, military, or private sector, the challenge of innovation and change involves coordinating teams of people, encouraging them to put aside personal agendas, overcome fear, and embrace a common goal. These topics were the subject of the CxOTalk discussion with General Michel.

You can watch the entire conversation with General Michel by clicking here, or see a short, edited version embedded below. Due to technical issues on the connection from Afghanistan, General Michel spoke on the phone and therefore does not have a camera in this clip:

Challenges of transformation. General Michel describes the size, scope, and speed of large-scale change as “very daunting.” He explains that helping the organization overcome fear of change is a key goal for leadership [all quotes are edited]:

The variables are very complex, so the biggest challenge on the human side is clearly the fear that many organizations or individuals have in moving into a space that is uncomfortable for them.

At the same time, we have ongoing change fatigue. In bureaucracies like the government or the military, we do well in hierarchical organizations, with a command and control approach to how we do business. We tend to be scripted and like to control the outcomes, as much as possible, in a standardized, mechanistic fashion.

[However,] being able to move outside that ground, to see how you can integrate new technologies or form new partnerships, creates a great degree of discomfort. Although some individuals at various levels who are willing to support that, there are equally, if not more, who are very uncomfortable with not being able to see clearly the outcomes to which you are driving.

Three dimensions of leadership. As the discussion progressed, we spoke about the characteristics that define a great leader. General Michel notes, “It’s easy to be confused and become infatuated with the thing,” a lesson particularly applicable to folks in the enterprise who think buying technology is a substitute for improving process or aligning people behind a common goal.

He listed three points of advice for people who want to be great leaders:

Co-creation and collaboration. Eventually, the conversation turned to the benefits of co-creating outcomes with the people in an organization that is undergoing transformation. From this perspective, collaboration is a means to ensure the participation of organizational participants during the process of business change:

You have to make it a top priority to involve everyone in your organization, in the process of co-creation. I have been a fan of appreciative inquiry, a way of allowing individuals who are involved in change to co-create where they are going, by asking a series of questions and letting [them] imagine the ways to get there, being reasonable about where they are today and then creating a path forward that they can understand. When people are involved in that process, they may be willing to move into territory that, if you just tried to direct them, fear would prevent them from doing so.

The customer perspective. I asked General Michel to elaborate on his view of the relationship between a business and its customers:

Any of us in business are in business to serve someone else. Putting the customer in the center, making them the unifying purpose, makes it easy for everyone [in the organization] to find commonality. [The customer relationship is] a unifying place where there is convergence, that one element where all our interests align. If we remember that success is measured in the eyes of the customer and we together create a solution that mixes processes, systems, and technology, then everyone [in the organization] now has a shared space [invested in the customer’s] outcome.

High performing organizations and people: the “commander’s intent.” Clarity of goal, expectation, and communication are foundations for any successful transformation effort:

The best performing organizations and individuals operate on disciplined thought leading to disciplined action. One of the most important things a leader can do to create disciplined individuals, who are agile and, hence, organizations that are the same, is to [adopt] clear intent. This is something we do very, very well in the military. We call it “commander’s intent.”

According to General Michael, transparency results when a leader connects this kind of Commander’s Intent to ongoing communications. Leveraging technology to provide constant feedback enables a leader to adjust plans and activities based on data about the situation. Maintaining a high state of transparency in this way creates a “state of trust,” in which individuals are willing to talk about successes while willing to share challenges.

Leadership culture and agility. Much of the discussion centers on the role of leadership in creating an adaptable culture so an organization can respond to change in a timely and flexible manner. Creating this kind of culture requires leaders to provide resources needed to get the job done, make decisions at the time they are required, and trust the people involved to execute to achieve established goals.

When these conditions are present, “an organization can pivot, shift, and move with what the marketplace or the forces around it are demanding.” The conditions a leader sets determine “how well an organization, the people who comprise that organization, can pivot or be agile in doing what needs to be done.” A coordinated team brings the “least amount of force,” to the right place in a system, which leads to prudent use of dollars, greater organizational agility, and higher relevance to achieving the goal.

CxOTalk brings together prominent executives, authors, and analysts to discuss innovation in enterprise business and technology. Conducted live and unscripted on open video, CxOTalk offers a rich source of thought leadership from the top practitioners and thinkers in the world. Join co-host, Vala Afshar, and me every Friday for a new episode of CxOTalk.