There’s a rule out there, undoubtedly made long ago, and circulated widely as conventional wisdom that in the workplace you should never bring up a problem unless you have a proposed solution.

Rule 6:  Provide Solutions, Not Complaints.  Complainers are the bane of your boss’s existence. Nothing is more irritating or more boring than listening to somebody kvetch about things that they’re not willing to change.  So never bring up a problem unless you’ve got a solution to propose–or are willing to take the advice the boss gives you.

The argument goes that if you just bring up problems, then you’ll be seen as a whiner, as a complainer, who drones on endlessly about problems that can’t be solved or that no one knows how to solve.

The question is:  is this a good rule?

Let’s take an example from my career.  It’s 1990, you work at Ingres which is $250M division of ASK, and you compete in the relational database market against Oracle, who is about $1B.  You are getting your ass kicked up and down by Oracle in the RDBMS market.  Management is silently executing a retreat strategy into the application development tools market and worse yet, your parent company, ASK is betting all-in on a new version of Ingres 4GL that only works on the Ingres DBMS for their next-generation ERP system.

Here are some darn good problems:

If you followed the “don’t bring up a problem without a solution” rule then you could never talk about any of these problems.  And they are only the most important problems facing the company (and that would ultimately result in its undoing).  What if, for example, you ran sales and had no idea what application development tools the company should be using, but simply knew which it should not?  Should you make up a bad solution just so you can talk about the problem?

Let’s look beyond the business environment and see some problems that we couldn’t talk about if we followed the rule:

“Sorry Jimmy, if you don’t know the solution to global warming then you shouldn’t bring it up because you’ll just be whining.”

The correct rule is:  don’t whine.

It turns out the hardest problems, the most important problems, often have no obvious solution.  So if you prohibit discussing them, you cripple our organization and limit discussion only to easier, more tactical matters, akin to re-arranging the deck chairs on the Titanic. 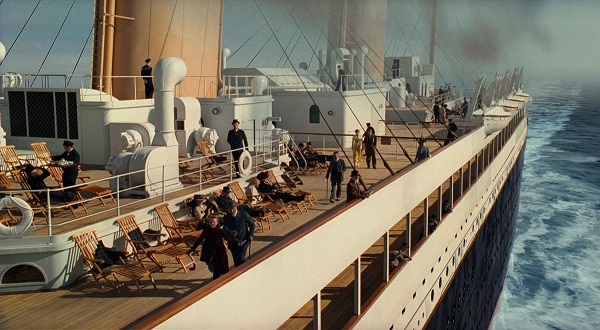