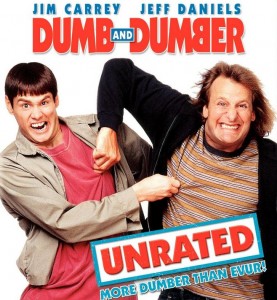 I have been thinking on the trip about two very smart set of services and two shockingly inefficient ones.

1a) I called American Express before I left the US to notify them of my travels. The agent says I need not have called. My ticket and past travels would have allowed them to make the appropriate risk assessment. Nice!

1b) Probably lulled by that experience with Amex and the fact that there are plenty of European transactions on the bank account I did not notify Bank of America of my travels. Withdraw some money at an ATM in Germany and 24 hours later they leave me a message they have locked the account and I should call.  So I sign into our account on-line and chat with an agent. Even though I have gone through the on-line authentication he asks more questions and I assure him the withdrawal was legit. After 20 minutes he decides I need to call in, not chat. He gives me a toll free number. I tell him that will not work from Germany so he gives me a 602 area code number and says I call collect. The AT&T operator tells me that number will not accept charges so we try the number at back of card. They accept the charge but after 5 transfers I cannot get to a human and hang up. I tweet BofA and they insist they need to speak with me. I send them my Irish mobile number and they call me 48 hours later. Three times I am told the call is being recorded, then ask more authentication  questions (tell us a landmark building near your US address and when I tell him about a well known local school he fumbles to find it on his Google Maps)  and the usual spiel of you should have notified us before leaving the country. I ask him if he had bothered to check how many international transactions show on the account.   He asks if he can call me again at my US number and I nearly lost it saying you just reached me in Germany. It was so poorly done I asked for a audio file of the call. “We have no way of doing that” – seriously after telling me 3 times it was being recorded. Think of the wasted BofA employee time and customer aggravation if they do this every time some one travels.

2a) I book train travel on DB Bahn in the US. The ticket shows detail of train, platform where we can board it, our compartment and seat numbers. At the platform they have a Wagenstandanzeiger chart which tells you the approximate zone your compartment will stop at, and the zones are clearly marked on the platform so everyone can board smoothly, without too much rushing around. On board the train, the attendant scans the code on your printout and swipes your credit card to confirm it is you. The process is remarkably efficient – I went into a DB Bahn office to check if my printout was all we needed but even that was unnecessary. Considering the languages and currencies involved it is impressive how little human assistance is needed in the whole process.

2b) On a Delta ticket, we get to fly from Frankfurt to Dublin on Air France. That involves a stop in Paris. No big deal. All 3 terminals seem recently constructed or renovated. Very high quality and in every one of them Air Frances buses us to/from a plane parked away from the terminal. In Paris and in Dublin we have to get our passports stamped ( whatever happened to one stamp while entering the Union?). Our boarding passes go through 3 scanners and six sets of agents during the journey. All in the name of “security”  and I am thinking they are actually driving us within 50 yards of countless 747s and A320s and A340s worth billions?  The travel time on DB Bahn was longer than the flight time on Air France. Yet we probably interfaced with 10X more airline ground staff, airport bus drivers, immigration officials than on the train. Ok, so you say airlines need more security? Well digest this – as news focuses on stolen passports on the missing Malaysian Airlines 777 it is becoming known that Interpol has a database of 40 million stolen passports but that only few consulates/airlines in countries like the US, UK and UAE bother to check against it.

Two highly efficient, smart processes and smart uses of Big Data – two highly inefficient ones masquerading as needed to protect us from who knows what.