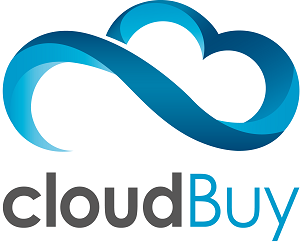 It’s amusing being a spectator on the sidelines of the current tech investment bubble (granted, some air was let out of it a few weeks ago). Last time around, I was in the midst of it working for a company called FreeMarkets, which had one of the most successful IPOs in history. I also found the time, in my youthful twenties, to gamble my lunch money trading options on competitors and the rest of the market (yes, it was very much gambling back then no matter how you sliced it). And then I lost a good portion of it during the last big tech crash, when I rode my FMKT stock down into the double and ultimately the single digits.

Flash forward fifteen years or so and I’m very much the same person. A lot fitter, hopefully more self-aware, and most important, more expert in the sector compared with the last tech boom (I would hope that I would be after all this time dedicated to researching it). I’ve also got a BS detector that is sharper than ever – honed from years of reading business plans, watching live “PPT demonstrations” and hearing the claims of newly minted CEOs with Series A rounds which I know will be blown in 12-18 months’ time – with little to show for it.

Of course some vendors I encounter defy definition. Cloudbuy (which I knew before as @UK PLC, but recently took a better name) is one such organization. Through various dealings including some on-the-record discussions, briefings, and demonstrations, I’ve gotten to know some of the team behind Cloudbuy (and viewed a number of detailed demonstrations). I’ve also gotten to know that Ronald and Lyn Duncan, the founders and executive team, could not be a more different (possibly a good thing) a husband/wife team.

Lyn is impressive. Ronald is a riot and I mean this in the best possible way, but at times he’s hard to take seriously and you don’t know quite what will come out of his mouth next. He reminds me a bit of FreeMarkets investor and CTO Bill Blair (if people remember him) but Bill was more technical and didn’t make big marketing claims.

But back to Ronald. Anyone who takes seriously the claims and ambitions in the recent Telegraph piece should have their head examined. Those who know Ronald would likely dismiss it as his everyday hyperbole. Yes, he talks this way – and he does believe they have many secret sauces. But I guarantee Ronald does not know 10 percent of what Amazon is up to right now (and trust me, Amazon does not want to be the next Cloudbuy).

For example, is Cloudbuy providing embedded demand forecasting data to its merchants like Amazon? Do they provide a fully hosted (and free) Oracle OBI environment for suppliers that provides a new level of general merchant sales, inventory and related details in a killer dashboard? This is the type of bleeding edge stuff Amazon is doing compared to retail peers that had Ronald done his full homework before talking to reporters and drawing the comparison, he might have come off as more believable.

I’m more conservative in my view of what Cloudbuy has compared to Ronald. And what it has is an absolute hodgepodge of various tech assets (including a legacy web domain registration business and small business web hosting platform!). Granted, I like their analytics capability as well as the directional elements of the Visa dealings, included an integrated supplier storefront and P2P capability and significant emphasis on suppliers/merchants. But Cloudbuy is competing in a hyper-competitive market and I could name many technologies in each of the sectors in which they compete that are worthy substitutes (I say let the winner in each case be determined by the company buying the technology).

Where does this leave Cloudbuy? Here’s my quick assessment:

If I were investing in Cloudbuy, I would not give two figs about the latest customer win or audacious statement about taking on Amazon. That’s Ronald spouting off (with the best of intentions, mind you). I would instead focus on the professionalization of the sales, marketing, product management, and product development functions.

In this regard, Cloudbuy is still @UK and has some way to grow into a valuation that has rocketed on press releases and chatter more than anything else. If I were to plunk my own retirement account funds down on it, even being impressed with the plumbing as is, I would want to see a fresh bunch of highly experienced enterprise software/SaaS executives getting more involved in the key technology, implementation/configuration, customer satisfaction, and product management functions.

Until then, Cloudbuy will just be a start-up with great ambitions, some earned (and big) breaks such as the Visa & Tungsten relationships and a founder with a big personality – not to mention a public company listing that can let those who really haven’t a clue what Cloudbuy does go to the AIM casino and risk their chips.