I asked Satya Nadella at last Fall’s analyst summit why Microsoft had been slow to leverage the multi-billion $ investment in Azure infrastructure (I had first written about the innovative data centers in The New Polymath in 2009).  He seemed a bit taken aback by the question and said Office365 was one of the most successful cloud applications in the market. I  clarified I meant VARs and ISVs and customers were not using it more as an IaaS. So on the announcement with Salesforce last week, I thought he had scored an IaaS coup. The announcement was more modest – about integration of Salesforce with O365, availability of Salesforce1 on Microsoft mobile – but still a coup.

In a few short months as CEO, Satya has been emphasizing “cloud first, mobile first” philosophy quite a bit and showing a willingness to work with several leading industry players. Behind the scenes, that means he is breaking down silos within Microsoft and he is also redefining “co-opetition”.

Take the Office for iPad announcement. For years, earlier tablets from HP and other Windows partners faltered because of lack of Office availability and the related lack of appeal to corporate users. To do so with Apple shows how far Microsoft has come. And yet its own Surface offering keeps getting better (version 3 has some  really attractive features as a hybrid laptop/tablet). Think of the competition implications for Apple and Win OEMs a couple of years from now.

Or this week at Sapphire, Azure will get play as an IaaS play for SAP. The bigger opportunity for Azure is to replace the highly inefficient hosting IBM, HP and SAP partners have long provided its on-premise customers. At the same time, Microsoft Dynamics continues to be a viable “2 Tier ERP”’ option for many global SAP customers. More frenemies.

With the Salesforce announcement, Satya likely had to soothe his own CRM team. It has been growing its footprint considerably especially around Marketing functionality and its ability to leverage its Bing product and agency relationships. 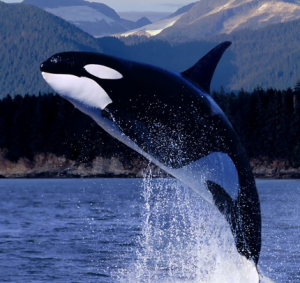 On a whale watching trip this weekend, our captain told us all his competitors share a radio frequency where they tell each other about whale sightings. They also use congregations of seagulls and rhinoceros auklets as signs of “bait balls” whales chase. The key is getting to where the action is, then alert crew and tourists are the ones who actually see the whales as they move about quickly and come up ever so briefly. Satya’s using the same principle – work with leading competitors to get to where the action is. Then let the alert, adept win.

His track record will make for a nice book a few years from now – “Co-opetition 2.0”