In 2001 Apple introduced iTunes based on the IP of a company it had acquired in 2000. By 2003, after the introduction of the iPod and of the iTunes Store, iTunes had become the de facto disruptive innovator of digital music. More recently Apple itself started being disrupted by Pandora and Spotify.  These streaming music companies have been growing and taking market share away from iTunes because of their business model and technological innovations. For example, the data they collect about subscriber music libraries and listening habits can provide unique customer insights that can lead to better monetization of the service, as well as improved personalization of the service’s user experience. Apple’s internal efforts to develop a streaming music offering have been unsuccessful.  In May, Apple paid $3b to acquire Beats, reportedly for its streaming music service. Apple’s 2000 acquisition shows that disruptive innovation can be acquired in addition to being created, and even companies with strong innovation DNA, such as Apple, Google, Facebook, and 3M, frequently acquire innovation for a variety of reasons, as we will see later on.  Innovation can be acquired at an early stage, as Apple did in 1999, or at a later stage, as Google did more recently with the acquisition of Nest. In this blog I try to make three points:

Over the past several years and particularly during the last five years, corporations optimized their products, processes, and human capital.  After extracting every conceivable type of efficiency through these optimizations they now realize that they need to accelerate their growth in order to continue providing value to their shareholders.  One of the ways corporations can use to increase their growth is by introducing innovative products, services, and business models.  This has been the primary reason corporations have been increasingly interested in innovation.  However, as we have previously discussed, the ability of corporations to create disruptive innovations organically is not keeping pace with the overall pace of innovation that continues to accelerate.  This accelerating pace is evident in disruptive and breakthrough innovations created in fundamental technology building blocks such as cloud computing, big data analytics, mobile computing, genomics, nanomaterials, 3D printing, etc. and further enabled by radical improvements in computing, storage and bandwidth.  These innovations, in turn, give rise to new disruptive products in areas such as SaaS applications, mobile applications, wearable devices, genomic sequencing and personalized medicine, drug delivery, smart energy grid, etc. and new economies, e.g., sharing economy, experience economy, API economy.

Corporations view M&A as a primary tool to achieve growth.  As a result, the overall pace of acquisitions is increasing.  There was $1.8T of worldwide M&A during the 1H14, including $1.1T during 2Q14, up 73% over 1H13.  The acquisition volume represented the highest first half than any first half since 2007.  The 73% bump is the largest such increase since 1998.  Based on the results of the most recent PwC M&A survey (Figure 1), we see that transformational acquisitions (definitions of the various acquisition types are provided in page 9 of the referenced PwC document), most of which involve the acquisition of innovation, now represent the largest and fastest-growing category. 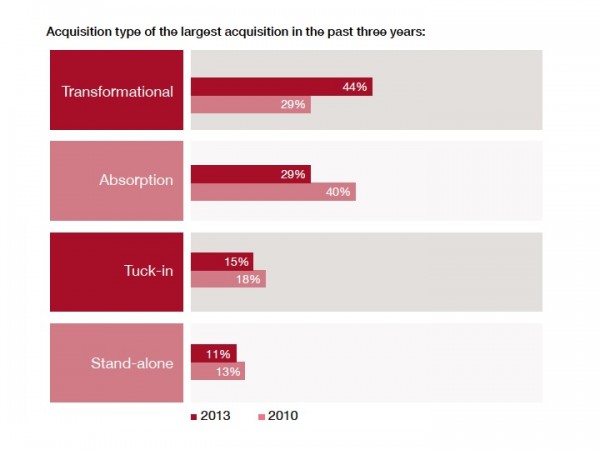 Figure 1: Acquisition type of the largest acquisitions in the past 3 years

The increase in transformational acquisitions is a direct consequence of the accelerating pace of innovation and the insufficiency of the traditional corporate R&D model to be the main creator of corporate innovation.  In addition to corporate R&D needing to adopt new practices that expedite the organic creation of innovation, corporations from a variety of industries and countries are also accelerating the acquisition of innovation, and are starting to focus on earlier stage, venture-backed companies.  The NVCA reported that 97 venture-backed companies were acquired during 2Q14. Of the 33 that reported transaction values, the average deal size was $98.6M.  Figure 2 provides a few examples of such acquisitions. 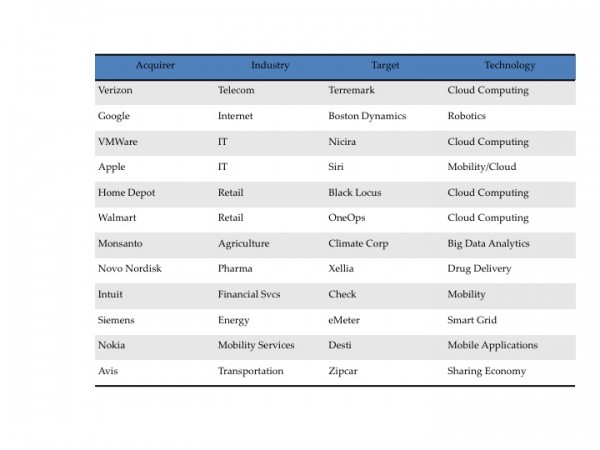 McKinsey identifies five types of successful acquisitions.  Three of these are innovation-driven and enable acquirers to:

Acquisitions provide an effective, yet challenging, way to obtain innovation.  Corporations have accelerated their pace of transformational acquisitions particularly of earlier stage startups found in innovation clusters such as Silicon Valley and Israel.  We expect this pace to continue for the foreseeable future.  Not every innovation-driven acquisition will succeed. If every one succeeds, then maybe it is a sign that the acquiring corporation is not taking enough risks. However, for these acquisitions to be prove successful, corporations must consider five important dimensions and determine how the associated actions detailed in this post are different from corresponding actions in other acquisition types.