When I talk to finance people, I tend to see two different definitions of driver-based planning:

While driver-based budgeting can be an important step in building an operating plan, I am actually bigger fan of driver-based modeling.  Budgets are very important, no doubt.  We need them to run plan our business, align our team, hold ourselves accountable for spending, drive compensation, and make our targets for the year.  Yes, a good CEO cares about that as a sine qua non.

But a great CEO is really all about two things:

The ultimate purpose of driver-based models is to be able answer questions like what happens to key financial outcomes like revenue growth, operating margins, and cashflow given set of driver values.

With just those drivers, I believe I can model almost any SaaS company.  In fact, without the more detailed assumptions (rep types, marketing funnel), I can pretty accurately model most. 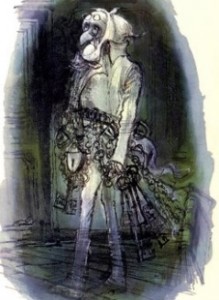 Finance types sometimes forget that the point of driver-based modeling is not to build a budget, so it doesn’t have to be perfect.  In fact, the more perfect you make it, the heavier and more complex it gets.  For example, intra-quarter bookings linearity (i.e., % of quarterly bookings by month) makes a model more accurate in terms of cash collections and monthly cash balances, but it also makes it heavier and more complex.

Like each link in Marley’s chains, each driver adds to the weight of the model, making it less suited to its ultimate purpose.  Thus, with the additional of each driver, you need to ask yourself — for the purposes of this model, does it add value?  If not, throw it out.

One of the most useful models I ever built assumed that all orders came in on the last day of quarter.  That made building the model much simpler and any sales before the last day of the quarter — of which we hope there are many – become upside to the conservative model.

Often you don’t know in advance how much impact a given driver will make.  For example, sticking with intra-quarter bookings linearity, it doesn’t actually change much when you’re looking at quarter granularity a few years out.  However, if your company has a low cash balance and you need to model months, then you should probably keep it in.  If not, throw it out.

This process makes model-building highly iterative.  Because the quest is not to build the most accurate model but the simplest, you should start out with a broad set of drivers, build the model, and then play with it.  If the financial outcomes with which you’re concerned (and it’s always a good idea to check with the CEO on which these are — you can be surprised) are relatively insensitive to a given driver, throw it out.

Finance people often hate this both because they tend to have “precision DNA” which runs counter to simplicity, and because they have to first write and then discard pieces of their model, which feels wasteful.  But if you remember the point — to find the minimum set of drivers that matter and to build the simplest possible model to show how those key drivers affect financial outcomes — then you should discard pieces of the model with joy, not regret.

The best driver-based models end up with drivers that are easily benchmarked in the industry.  Thus, the exercise becomes:  if we can converge to a value of X on industry benchmark Y over the next 3 years, what will it do to growth and margins?  And then you need to think about how realistic converging to X is — what about your specific business means you should converge to a value above or below the benchmark?

At Host Analytics we do a lot of driver-based modeling and planning internally.  I can say it helps me enormously as CEO think about industry benchmarks, future scenarios, and how we create value for the shareholders.  In fact, all my models don’t stop at P&L, they go onto implied valuation given growth/profit and ultimately calculate a range of share prices on the bottom line.

And that knowledge is invaluable.