At About $2m in ARR, Every Great Hire Will Be Accretive. 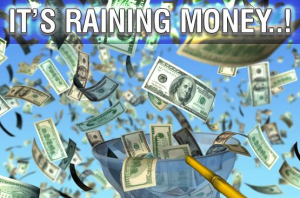 Recently, I was talking to the CEO of a pretty successful SaaS company doing ~$3m in ARR, growing nicely, in a good space.  Doing just fine.

And he was proud he’d just hired a VP of Sales at a below-market rate.

Dude.  I told him.  That’s a negative.  Because at your size and growth rate, It Just Doesn’t Matter.  If she’s any good.

Because it turns out, once you hit just $2m in ARR, and maybe even much earlier — every great hire will be accretive.  Will make you more money than you pay them in cash.  I guarantee it, in fact.

Let me explain the math.  Let’s assume you are at $2m ARR, to make the math simple:

I didn’t figure this out until $4m in ARR.  Once we got there, I saw all of this.  I told every manager at EchoSign to hire everyone they wanted.  No headcount limits.  No budgets.  Only so long as they were truly Great.  And hence, accretive.

Because I waited until $4m in ARR, with hindsight, I wasted a lot of time from $1.5m to $4m in ARR.  Because we should have just hired every single employee that was Great, no matter if it seemed expensive on paper.

This only works in you have 12+ months in cash.  Because these accretive employees need time to close their deals, build their features, launch their campaigns.  So don’t make all these hires if you have < 9 months of cash in the bank and are too worried about money.

And this only works if the hires are truly great.  That extra rep, if she or he is mediocre, is mid-pack … may play a role in your org.  But she’ll just be taking leads from another theoretical or existing hire, she won’t be increasing revenue per lead.  The mediocre, incremental rep or engineer or CSM isn’t accretive.

But at $2m ARR, maybe even $1.5m ARR or even less if you have a repeatable process … everyone great is accretive.  If you meet one — hire him or her.  That day.  And just pay market.  Don’t quibble over salary for the great ones.  Because it doesn’t matter really, what you pay – if he or she is a profit center.