Thoughts on Hiring:  Working for TBH 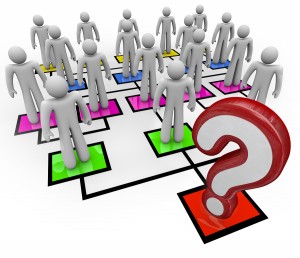 One of the most awkward situations in business is trying to recruit someone who will work for to-be-hired (TBH).   For example, say you’ve started a search for a director of product marketing, have a few great candidates in play, only to have your marketing VP suddenly quit the company to take care of a sick parent.   Boom, you’re in a working-for-TBH situation.

These are hard for many reasons:

So who takes jobs working for TBH?  Someone who sees the net gain of taking job the job as exceeding the risk imposed by the unknown boss, entourage, and false veto effects.

Who doesn’t take jobs working for TBH?  Veterans — who, by the way — are precisely the kind of people you want building your startup.  So, in general, I advise companies to avoid the working-for-TBH situation stalling the next-level search and hiring the boss first.

Making the working-for-TBH hire is particularly different when the CEO slot is open for two reasons: