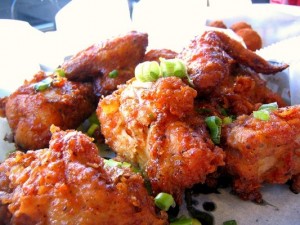 A few weeks back, over the best Korean fried chicken in Chicago, if not the world, I had the chance to catch up with Brian Daniels and Rod True of Spend Radar. In full disclosure, Spend Radar is not only a sponsor of Spend Matters, but Brian is a personal friend. Still, if I did not think that his organization was doing the right things, I would owe him nothing less than to say so in person, not to mention right here. But fortunately, that’s not the case. Spend Radar, in less than a year since its launch, is on spend-classification fire. Without any outside investment — and initially with offices that consisted of temporary conference space in a hotel — Spend Radar has had over 40 projects (many of them global) this year and signed up over 10 channel partners. These include many household names in the management-consulting industry, not to mention a number of well-regarded boutiques. Moreover, Spend Radar has comfortably exceeded its first-year revenue plan, which was “in the low 7 figures.” This might not sound like much, but for an SaaS vendor just getting off the ground with no outside funding, it’s impressive, and represents significantly faster growth than many other providers in the sector.

Spend Radar’s raison d’être is to allow companies (or consultancies working on behalf of clients) to rapidly classify large amounts of spend data in ways that are faster and more transparent and flexible than in the past. It also has an analytics platform that plugs into its classification and reporting engine as well. As a stand-alone provider that’s willing to work in a targeted yet flexible way in an up-front or behind-the-scenes manner, Spend Radar has been able to slip in, well, under the radar of many large providers with broader suite components who have been unable to penetrate the consultancy-partner channel with even 50% of Spend Radar’s success. In fact, if I look at the number of deals coming through the channel in the overall procurement sector at the moment (exempting ERP providers), I’d argue that Spend Radar’s channel pipeline is as strong or stronger than those of perennial contenders such as Ariba and Emptoris in the spend-visibility area (if not a number of Spend Management areas combined). If this sounds exceptional for such a small and young provider, it is. But the reasons for it are fairly clear…