In today’s worlds of services and software, all roads these days are leading directly into the Cloud. Last month alone, SAP announced it was spending a jaw-dropping $8.3 billion on an aging SaaS platform and Larry Ellison used the majority of his opening keynote at Oracle’s annual end-user conference to lay out his own vision for the Cloud. The very next day, Microsoft’s CEO, Satya Nadella, focused on the opportunity in a public appearance as well.

“So tell us something new” We hear you cry

Indeed… why, suddenly, is all the attention on a technology trend that has been emerging for years (and remember that 2010 study)?  Because we have now reached the tipping point where Cloud-centric delivery is the only true direction providers can take, if they want to be around in another couple of years. On premise activity might not be going away on all fronts in the immediate future, but it’s clearly in a period of slow decline –especially when you witness the 100% annual jump Microsoft just enjoyed for Cloud revenue in India during fiscal 2014.  For its part, SAP saw a 3% decline in on-premise license sales during its recent third quarter, while claiming Cloud-based revenue grew more than 40%.

All this could spell significant trouble for service providers

While nearly all of them view Cloud as a long-term challenge to their core business, few, if any, are prepared for a period of accelerating change. Just look at the recent results of IBM. Despite growing their cloud business by 80%, they reported disappointing revenue and earnings and their share price took a massive hit.

There are some exceptions – at least on paper. For example, Infosys has tapped a new CEO with a product background in an effort to remake its culture, and Cognizant has recently doubled down on Cloud-centric healthcare software platform Trizetto to transform its whole approach to delivering services to the biggest growth industry in North America. But the changes that need to occur go well beyond actions at the top. The increased adoption of Cloud computing, be it as standalone infrastructure or as an end-user business service, is going to impact profoundly how the majority of services are produced, packaged, and sold. Simply wrapping up some existing activity and slapping platform on the label, while a move in the right direction, is not going to solve the challenge alone.

Service providers need to understand how the delivery of their core activity – bridging an enterprise’s consumption of IT with a business outcome – is going to change. To that end, HfS’ Ned May, in conjunction with Avendus Capital, just published a series of recommendations that were gleaned from examining survey data, market forecasts, M&A deals and interviews with a dozens senior leaders across the space.

What follows are two key observations excerpted from that report:

First, there are three types of services providers at greatest risk from the Impact of Cloud regardless of whether the underlying offering is IaaS, SaaS, or even BPaaS. These are:

Second, a new set of providers are emerging that may ultimately reshape the landscape of how services are provisioned and sold. 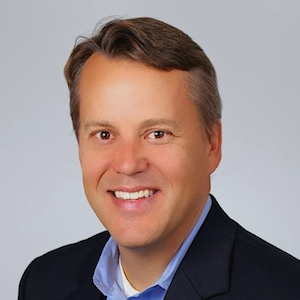 There is a set of Cloud-centric service providers emerging – with names like Appirio, Bluewolf, Fruition, OneSource Virtual and CloudSherpas – that are solely focused on offering deployment, integration, and even maintenance services around leading SaaS platforms such as Salesforce, Netsuite, ServiceNow and Workday.  At first pass, these providers look similar to the global Sis, but take a deeper look and you’ll see they are organized around a different set of metrics and ways of doing business.  In short, this new breed of Cloud-centric service provider is built to take on smaller deals (typically less than $5m TCV) with can be run profitably across multiple clients.  This impacts everything from how they go to market, how they recruit and compensate sales staff to how they can build and scale consultative services across their clients and remain profitable.  There’s a great deal to be learned from these current boutiques and it’s likely a few of them will emerge to become the next top tier firms in the space.  In addition, there will be emerging leaders in the Cloud-centric services arena by 2020, which may not even be formed yet.

Service providers are advised to take a closer look, and a good starting point could be to peruse our new report “The Cloud’s Impact on IT Services Providers“