I’ll Be Speaking at the Sales Hacker Conference This Thursday in San Francisco. Come Join Me (and Us).

ThisThursday in SF, I’ll be speaking on my Top 10 Mistakes and Learnings 🙂 on the way to building a sizeable SaaS business at the Sales Hacker Conference (use the discount code SAASTR).

It will be a fun time, and I gave a keynote at the first Sales Hacker Conference in SF just about a year ago, and it was a special event.

It will also be a unique opportunity to hear from, and interact with, some of the most thoughtful sales leaders I know:

I’ll be there all day, and the final speaker.

It’s also in the same location at The SaaStr Annual so we’ll use it as a lab (the awesome team from Sales Hacker is helping me put on The SaaStr Annual), leverage what works well, and iterate on the way to February 5. 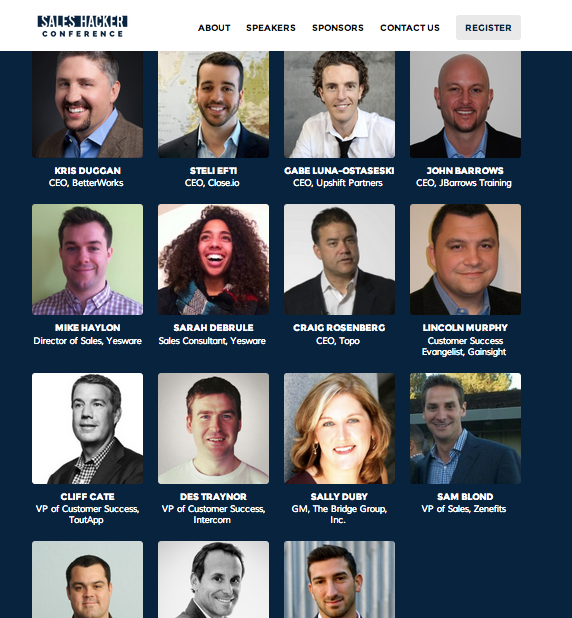