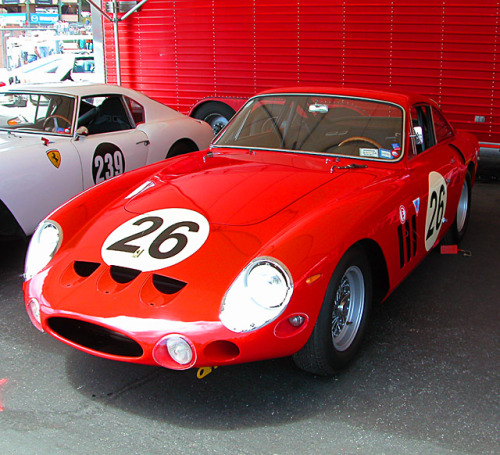 Even Seth Godin flushes out the Apple Fan Boys sometimes.  David Terrar has an, “I disagree with Seth Godin,” post going.  Seth’s premise, as set forth in, “Decoding Apple as a luxury tools company,” is that eventually, as a company builds a luxury brand, they must choose between luxury and utility or be trumped by another luxury brand that did make the choice.

I’ll cut to the chase–Seth is right and David is wrong to disagree.  Now I’ll explain.

David Gives The Best Counter-Examples to His Own Position

He talks about Patagonia being able to continue on utility and still function as a luxury brand.  But that misses the nuance of Godin’s article.  Patagonia is trumped by Louis Vuitton and countless others precisely because they were focused entirely on luxury with no need for any utility-seeking compromises.

He asks whether Ferrari, Bentley, Bugatti, or Aston Martin compromise their engineering in the interests of luxury, and suggests that of course they do not.  Au contrare, David, aucontrare.  At the risk of mobilizing both the legions of Apple Fan Boys and still more fans of these fine marques, they do compromise engineering.  Enzo Ferrari used to purposefully limit the performance of his street vehicles because he didn’t feel his customers were competent to drive cars with greater potential.

This practice didn’t stop when the Old Man checked out.  Every Ferrari I’ve owned or driven compromised all sorts of handling performance in the interest of greater comfort.  They love that light steering feel and the cars are ever so much more supple over bumps because of course we need to protect the delicate posteriors of our customers.  Luxury?  Absolutely.

Much the same can be said of Bentley, Bugatti, and yes, Aston Martin.  Their cache is exclusivity or outrageousness, not fine engineering.  We may as well lump Lamborghini into all that, if need be.  McClaren?  The jury is still out on that one for me, perhaps there is one shining exception.  Or indeed, perhaps individual models (F40) escape.  But overall, these auto brands are great examples.  Mercedes and Porsche are luxurious, but they are not apex luxury like these other cars.  They have much better engineering and bring more innovations to the table.  Heck, the lowly Corvettes have Utility advantages over many of these cars and are at best low-end luxury.

Watches?  Don’t get me started.  The luxury time pieces favor mechanical movements.  My Rolex loses time every day compared to a decent Swatch.  But it just wouldn’t be right to stick a quartz movement into a luxury watch like the Rolex, Patek, or name-your-expensive-Swiss-timepiece-here.  So they don’t, and have therefore done something to benefit their luxury status to the detriment of their utility functionality.  You could argue they’ve abandoned Utility altogether from any objective measure of what the Utility of a wrist watch ought to be.

Must Apple Do This?  Has Apple Already Done This?

So far, I think most agree that while Apple may have flirted with sacrificing Utility for Luxury, they haven’t actually crossed that line decisively.  There are certainly needless dogmatic issues that drive anyone transitioning from a PC crazy.  I have True Apple Fan Boy friends that only use their Macs with PC keyboards and PC mice.  It seems they want real <Del> keys, <Home>, <End>, scrolling mouse wheels, more buttons and all that jazz that Apple mysteriously refuses to give them.  In the past there have been missing fans and arrow keys that were again nods to Luxury versus Utility.  But Apple backed away from them.  Perhaps they’ll fix their keyboards and mice too.

These things happen because part of being apex luxury is ignoring customers.  After all, you are the infallible arbiters of style.  What you produce is by definition better than what anyone else produces.  What could a mere customer possibly have to tell Louis Vuitton about how to make more luxurious cases?

Yes, it’s arbitrary, dogmatic, and a chase your tail kind of tautology.  But that’s the nature of Luxury and Style versus Utility and Function.  It starts with how the brand is judged, and it would be hard to argue that Apple doesn’t see themselves firmly in the Luxury versus Utility side of the judgement game.  They don’t consider anyone worthy of judging their products.

What About the Ecosystem?

We shouldn’t leave this whole Luxury/Utility dichotomy without touching on the issue of ecosystems.  Luxury goods don’t have them.  Utility goods do.  There can be little question that ecosystems add utility value, though they can also add complexity and other pain.  My Macs plug and play with, well whatever they’re willing to plug and play with.  My PC’s plug into vastly more things but very often they don’t play very well once plugged in.

Apple has sharply limited their ecosystem to that which they strictly control.  In so doing, they have made some choices not unlike the Godin quote:

When Apple dumbs down Pages or Keynote or allows open bugs to fester for months or years, they’re taking the luxury path at the expense of the tools path.

Consider the whole approval cycle for their App Store ecosystem.  They will argue it is there to protect users from junk apps.  I’d argue it’s more about closing Apple’s ecosystem so it cannot threaten them in any way and so they can maximize their profits from it.  Here’s what I mean about the Godin quote being close to home:

One of the great advantages of SaaS is keeping everyone on the same release and making sure that release can be quickly and easily upgraded.  I surveyed Enterprise Software Customer Service one time and discovered that companies estimated that 40-70% of bugs in open trouble tickets were fixed in the current release.  That’s how important updates are–they literally keep 40-70% of your customers from even seeing the bug in the first place.

Yet, because we have to protect these  Walled Garden, it may take quite a lot of time and effort to get a new release approved.

To David’s list of brands and the power of ecosystems, I’ll bring in the world of audio.  Bang and Olufsen are beautiful.  They’re luxury.  But are they utility?  Are they the best sounding audio?  They’re all in one and they eschew an ecosystem, but is that really a good thing if you want to maximize their Utility (e.g. Audio Performance)?  No, not really.  And look at how similar B&O are to Apple.  Interesting parallels there.

I found Godin’s view of the Luxury vs Tools markets to be not unlike Michael Porter’s venerable Competitive Strategy, for those who remember their B-School studies.  Porter argues that there are only 3 successful competitive strategies:

1.  Be the Best.  Here he means “having the most utility” vis a vis Godin’s take.

2.  Be the Cheapest.  This is Microsoft and Dell to Apple’s “Be the Best.”

3.  Serve a Niche that #1 and #2 are under-serving.  This is where the most Luxurious winds up.

Porter suggests that companies need to pick just one of these strategies.  Trying to serve more than one divides your resources and will allow a competitor that focuses on just one of the strategies to beat you.

What often happens to brands that start out to be the Best is they can’t sustain that advantage.  That requires too much engineering inspiration and innovation, which is just not reliably schedulable when you need it.  So instead, they start to flirt with design inspiration, which can be scheduled and in fact is more desirable if things change often because what that audience seeks is distinction.  They relish the opportunity that there is new distinction constantly being made available for their delight.

The situation for Apple is sustaining that pace of innovation.  My Microsoft Surface Pro 3 is a good example.  It’s hardware is absolutely up to Apple’s standards in every respect.  Apple at this time has no notebook tablet.  Will they build one?  Or will they insist that since they are Apple, the world must follow their lead and they will not be following anyone else?

Can there be a MacBook Tablet, or will it go the way of the keyboards and mice, wishing they had the PC functions or worse, suffering the indignity of having PC hardware plugged into the pristine Mac User Experience?

Is Apple selling the Best Technology or Silicon Haute Coutoure for the Well-Monied Gadget Set?

Oh and David, you mention you wished there were comments on Seth Godin’s blog?  I sure wish Medium where your article appeared had them too.

One response to “Yes, In It’s Pursuit of Being a High-Margin Luxury Brand, Apple Must Eventually Be Less Functional”