Make a Plan That You Can Beat 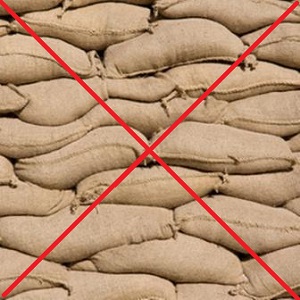 Seven words that changed the world:  “make a plan that you can beat.”

This pithy piece of wisdom was first passed onto me by the sage of Sequoia Capital, Mike Moritz, on the first day of my six-year journey at MarkLogic, during which time we grew the company from effectively zero to an $80M run-rate.  Thanks to Mike’s advice, we made plan in about 90% of those 24 quarters.

What’s so important about making a plan that you can beat?

Some of you may be thinking:  isn’t this all a fancy of way of saying “sandbag” [3].  I think not.  Even if you reject every other argument above, you cannot deny that cash is oxygen to startups, that startups that run out of cash get crushed by dilution when they need to raise money when running on fumes, and thus making a plan that you can beat is critical to managing cash, and indirectly, to the eventual value of company’s common stock.

[1] Whether boards should like this style of compensation plan is debatable because they arguably do not incent risk-taking.  That debate aside, the fact remains that most board do like this style of plan so managers should listen to the message that is very clearly sent.

[2] The real way to know if 100% is good enough should be to look at the market.  If you’re gaining share when growing 100% but missing plan of 120% then in my book you are planning poorly, but executing well.  However, if you are losing share when growing at 100%, you are in a hot market but not executing aggressively enough to win it.  Performance measures should always be normalized to the market, otherwise target-setting and plan-performance ratings are more about negotiating skills than actual performance in the market.  (I’ve seen this one done wrong many times, too.)

[3] Aside:  I believe there are two different types of sandbagging:  (1) consistently under-forecasting – i.e., landing at a result significantly higher than you forecast early in the quarter, and (2) consistently overachieving plan – i.e., landing well above operating plan targets.  Type 1 is bad because it leads to either to needlessly cutting quarterly expenses in response to a weak early-quarter forecast (if you believe it) or simply ignoring the forecast (if you don’t) – in which case what good is it?  Type 2 means either the company is performing tremendously or they are too good at negotiating targets.  Looking at whether you’re gaining or losing market share (or grabbing a greenfield opportunity fast enough) will tell you which.

One response to “Make a Plan That You Can Beat”