Amazon has  SAP Nation on the Kindle and in softcover. Over the next few weeks the book will be available in other print and eBook formats. As I have done with my other books, I plan to excerpt here about 10% of the book over the next several weeks for my blog readers. Here is some from Chapter 1: 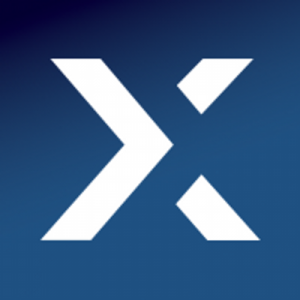 “But, this Saturday afternoon was different, and the two executives had to be totally “on message.” They were going to see Mike McNamara, the CEO of Flextronics. It sounded like an ambitious call. Flextronics was a global giant on a $20 billion revenue run rate that year. In the conservative enterprise software market, where companies wait for plenty of references andbenchmarks, surely it was too big a customer for a three-year-old start-up. At that point, Workday could not show benchmarks that it could scale above 5,000 employees. Flextronics had over 160,000 employees at the end of 2008……So, given that complexity, he took a huge risk on Workday. He told his skeptical executives there was no Plan B. They had to make Workday work. His push toward Workday was as forceful as his pull away from SAP:….“With SAP, I was afraid we would get something average, same as that at every one of their customers. Or, maybe even something mediocre. At a very high cost with one of its large services partners. We used zero external consultants on the Workday implementation. It was just us and them working hand and hand.”…The Flextronics decision in 2008 was a harbinger of change at many enterprises I describe in this book. A few years prior, it would have been considered suicidal for a global company like Flextronics to not go with safe choices like SAP and its partners. Not any more.”

“McLain is CIO and Chief Procurement Officer at Big Heart Pet Brands, one of the country’s largest pet food and treat companies. And, he shares a similar story about betting on a new breed of cloud application vendor….The payback came in the personalized attention from the vendor and the ability to influence the product development road map. Kurtzig promised (and delivered) to Big Heart PetBrands a commitment to go live with Kenandy at Natural Balance just 90 minutes after the acquisition was complete. When you consider the scope of the project covered not just back office areas, but also production, quality management, shipping, and receiving, that is quite an accomplishment. McLain says, “We had the unique experience of being able to work with Kenandy and influencing the product design, specifically around the trade management and industry-specific order to cash and financial accounting features.” As with Flextronics, Big Heart Pet Brands also leveraged professional services directly from the application vendor, rather than bringing in an outside systems integrator.”

“Over my last decade of writing about technology-enabled innovation, I have repeatedly marveled at how the small team led by Phiroz Darukhanavala, VP and CTO for IT at BP, better known as “Daru,” is constantly pushing boundaries. Ten years ago — yes, a decade ago — BP was implementing sensors and motes (sensor nodes) on tankers and in refineries, even before the term “Internet of Things” was commonly used.
In 2006, it ran several advanced predictive analytics applications on rotating equipment. Back in 2010, Curt Smith in Daru’s team, described to me how BP had evaluated unmanned aerial vehicles to supplement manned Cessna flights for monitoring remote pipelines. BP is now operating the first FAA-approved commercial drones to monitor remote fields and pipelines. Like many other large oil companies, BP is a major SAP customer. So, I asked Daru how SAP fits into their vision of technology-enabled innovation….With 3D visualization, sensory analytics and massive computing power, we can enable the geologist to perform sub-surface analysis of a formation remotely and empower the corrosion planner to virtually create plans in hours versus walking around facilities or in the field for days….Having said that, as we automate the front end to release top-line value, we also expect our SAP and other back-office systems to become much more efficient. They have to continue to run robustly, but at the lowest possible cost.”

“Like BP, many other companies are finding payback in their “coal face” — and expecting much more efficiency from their SAP environments. Throughout this book, we will see other SAP “customer pivots.” We will see Embraer, the aircraft manufacturer, take the risk of third-party maintenance of the SAP software in Brazil, one of the most complex regulatory environments in the world. We will see Delta Airlines go with
Microsoft technology for its in-flight point-of-sale applications even as it continues with SAP at headquarters. We will see how AstraZeneca is starting to in-source its SAP talent.”

“The customers profiled in the book are the “canaries in the coal-mine.” For every one of these risk-takers, many other customers continue with business as usual. When these customers finally get ready to optimize their environments, they will thank McNamara, Daru and other pioneers. Yes, history will recognize February 23, 2008, as a pivotal day for technology”

One response to “SAP Nation Excerpts: Chapter 1 – The Customer Pivot”