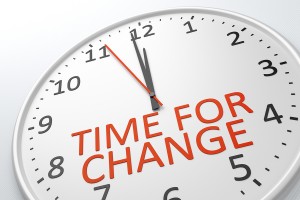 We are now through almost 15 years of the century and for all of that time I have been analyzing the CRM industry as it has evolved. This year, rather than simply reviewing some of the progress we made in the industry for the last 12 months, I think taking a broader view of the decade and a half might be more interesting. It certainly gives us a great perspective on how far we’ve come.

CRM was already a thing at the turn of the century and it had been gathering steam throughout the 1990s. But it suffered from the same troubles that ERP was having at the time. The on-premise software was expensive and it usually cost somewhere between 2 and 3 times the license fee to get the products to work in your business. Part of the high cost of integration was that few vendors had all of the products under one roof — i.e. well integrated. You could buy SFA from one vendor but you’d need to buy call center and service products from others and subscriptions were embryonic.

Marketing automation as we know it today didn’t exist except in the mind of a Canadian entrepreneur, Mark Organ. It was largely an accounting system designed to help manage marketing spending. It is worth noting today that marketing spending only came under control once we were able to apply analytics and capture great heaps of customer data. We got costs under control because we were able to be smarter about where we spent our resources, not because we watched the pennies.

In this scheme there was no thought of using software to support business processes beyond being able to cover actual transactions, which is not the same. CRM grew up in a time when transaction management was all you needed so no one knew the difference. But try applying 15-year-old sales or call center software transaction management tools to today’s process oriented business world and you’ll have your clock cleaned by your customers.

Process orientation is, to me, the greatest difference between then and now. Even though our businesses for the most part still do a middling job of process support today, the tools are much better and any company that wants to take on the challenge can bring together a suite of end-to-end processes supported by modern software.

So why don’t we do a better job of supporting front office business processes today? I suspect it’s because we don’t know what it is. For instance, consider the customer onboarding process. I don’t think it existed 15 years ago and if it did in your company, it was completely manual. On boarding was well served in cases where there was a big need for installation and training — recall that 2x to 3x multiplier. But onboarding for smaller products was overlooked either because products were assumed to be intuitive (though many weren’t) or because a manual came with them. At any rate, because there was no such thing as a subscription as we know it now, once the sales transaction was completed a vendor simply went on to the next opportunity.

Onboarding became a real issue when vendors noticed an avalanche of calls to the service center. With some products you could sense customer resentment, especially as third party sentiment sites and communities gained traction. Manuals went on line and FAQs proliferated and that satisfied enough people though it barely solved the problem.

Today, vendors treat onboarding more seriously, in part because so many things are now bought as subscriptions. With subscriptions if you don’t onboard customers successfully they can easily leave you taking their revenue streams and any investment you’ve made in them out the door. So vendors chase customers today to get them involved with their products after the purchase. They have databases and procedures designed to get customers up to speed and happily involved so that frustration doesn’t rise and lead to attrition.

You might be able to automate support for a single process like onboarding through a Herculean programming effort but if you try to duplicate it for all of your front office processes you’ll go crazy and broke. It’s hard to say which happens first. Yet here we are on the eve of 2015 still talking about individual apps as if it was the eve of the new century. We have apps that will shave a few minutes off a sales rep’s day or apps that will enable a call center rep to get off one call and on to another 10 seconds faster but we still don’t get the results we want.

Those apps make about as much sense as installing an accounting function in marketing did a long time ago. The route to better front office business processes runs through data and analytics. But the findings must be incorporated into the next customer encounter through machine learning and other nifty tools. Doing this brings us up to the present and reveals the importance of platform, the thing that incorporates all of our data, analytics, social, and mobile technologies into a powerful tool that enables our businesses to change as quickly as our markets.

That’s the biggest difference between today and 15 years ago. Back then you could run a business based on the old mass production and mass marketing paradigms because few things changed much. Today change is constant and our ability to keep up resides not in our systems but in our platforms. What makes up our platforms and how they’re brought into business challenges is what the future of CRM is about.