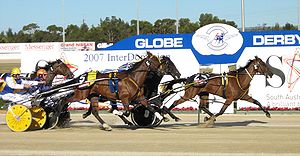 Over the next week or so, I’m going to highlight several emerging trends in computing that I believe will be very much worth watching in the coming year as important sources of innovation and competitive advantage for those who harness them.

The first on my list is the most recent to emerge — even though it’s been something I’ve been expecting for all of the last decade, ever since it first became obvious that Internet technologies would make it possible to access computing resources from anywhere in the globally connected Web. It was always self-evident that some of those resources would have spare capacity at certain times of the day, and that we would start to see providers offering off-peak pricing to encourage take-up of that spare capacity for others to mine.

This month, Amazon fulfilled those expectations with its announcement of spot pricing for its EC2 cloud computing service. Under the new arrangement, Amazon will make spare capacity available at automatically determined ‘spot’ pricing, and will sell it to customers who have bid the same price or higher. As several observers have pointed out, this should be a lucrative trade for Amazon, which is selling off capacity that would otherwise be idle for the best price it can get. It’s far from commoditization. But as Dion Hinchcliffe notes in his ebizQ commentary on the announcement, “you can count on … competitors to respond, which is where it gets a lot more interesting … it won’t take long for customers to catch-on that real value is to be had when pricing is tied more closely to what cloud resources are actually worth at any given time.”

I suspect that developers building on-demand services will be among the first to catch on. Enterprises will find it harder to rearchitect their existing applications, but anyone developing a new application will be able to build it into their design from the outset. This opens up some interesting new opportunities for developers that can leverage the lower prices available when using off-peak compute capacity…