Man Bites Dog or Who Really Owns a Community 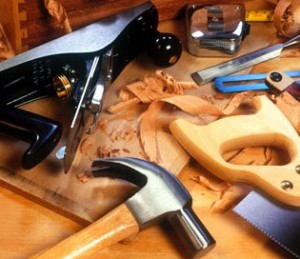 Taunton Press is a respected publisher known for a family of publications beginning with “Fine” as in Fine Cooking, Fine Homebuilding, Fine Woodworking, and Fine Gardening, we well as series of hard bound books and a premium subscription online service. Each of their publications features an accompanying online component that includes videos, blogs, and most importantly, a forum where enthusiasts have populated an impressive archive of content.

The online forums have been the subject of much controversy among the community members as Taunton replaced their old Prospero software, which was acquired by Mzinga a few years ago, and converted the forums to a Drupal-based system that they developed. Those of you who are familiar with Drupal know two things, it is a robust and much customized platform well suited for online content management, and it can be a real pain in the ass to work with.

I am, or more accurately said, I was an avid participant in the Fine Woodworking forum and like in all good communities found the content to be as engaging as the personalities that developed. When it became known that Taunton was doing a rolling conversion of all of their forums to the Drupal based system I decided to check out what the new layout looked like before the change was made in the Fine Woodworking forum. Oh the horror.

As is the case with any change it will take some getting used to but in this day and age there are well known design do’s and don’ts and Taunton displayed an impressive drive to break all of them. The color palettes were harsh on the eyes and made reading the text difficult, the 3 column layout compressed the main body text making reading an exercise in scrolling which was made all the more difficult by the threading of multiple messages with no break, the propensity for members to use signatures further complicated message threads, and the right sidebar was dominated by a Google Adwords widget (which has since been removed). The fact that Google ads feature so prominently on the forums (in the banners!) raises another point… Tauton is a publisher that sells, you know, advertising. Why are they not running their own advertiser messages on the forum?

Many of the obvious problems were fixed in the weeks following the conversion but that really begs the question that if these things were so obvious to everyone participating, why were they not obvious to the team that designed it in the first place? It’s also not clear on how they tested the design before committing it, if they tested it at all, and how they sought input from the community members who serve administrative functions in the forum. Lastly, the team that developed this apparently spent little time understanding the community needs, if they had they would have understood that older eyes don’t deal with strange contrast issues and running text.

I have been witness to a great many online forums and communities over the years and in my estimation what Taunton did is amateurish at best, both in terms of what they did and how they did it. The quality of the design reflects the work of a programmer who took an out of the box Drupal layout and tweaked it to fit what s/he believed would work rather than what was best. This is a blemish on the Taunton brand which is considered a high watermark for information design and high quality publishing.

The protest from the community members in all of the forums has been overwhelmingly negative and reached such a pitch that the VP of interactive features for Taunton, Jason Revzon, published an open letter to community members where he attempted to address the criticisms and defend his team but I wasn’t alone in finding that his tone was more defiant and petulant than engaging… he actually described the feedback they were getting as ranging from “grudging acceptance to mild mourning to xenophobic howls of rage”. Xenophobic? What is curious about his open letter is that he stated his credentials going back to his days at AOL (not sure he should admit to that) and has not responded to a single message; it is plainly obvious that Revzon’s idea of interactive is not what most people would consider interactive.

The reason why all of this is important is that they made this move for the well justified need to improve their visibility to search engines and better monetize the traffic, but in doing so they have alienated the small group of hardcore users that generate the majority of message traffic and serve as a stabilizing force in any online community. It is evident that the message traffic is down, way down, and increasingly posters are asking “where is everyone” or “what happened to so-and-so”. This is bad news for Taunton but something that they brought onto themselves with a poorly executed strategy that erased the goodwill that had been earned over the years.

No evidence supports this contention more than the fact that the members of the Fine Homebuilding community, called Breaktime, splintered off and started a competing community on Delphi Forums that looks exactly like the old Prospero layout that Taunton abandoned. Called Breaktime Classic, the forum has 436 members since launching last month (registered users, anyone can visit it) and 126 active as of my writing of this post, which I would be willing to bet is more active users than the official Taunton forum has right now.

The lesson that Taunton should be learning is that online communities represent a cooperative effort between the sponsoring entity – the folks that host the physical infrastructure – and the core community members that generate the content that makes the community compelling. When this balance is upset the turbulence is difficult to stabilize as the most valuable contributors leave and community momentum is lost. Companies have valid and understandable reasons for wanting to leverage online communities for editorial content, premium subscription services, and advertising, but all of that is premised on their actually being a vibrant community to build out those strategy objectives. Who owns a community? I say it’s the members and companies that lose sight of that far more than just a few ad dollars.