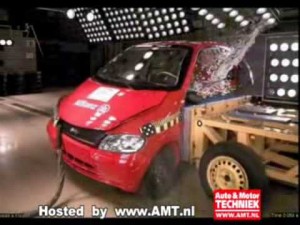 – The Merc takes a look at the diminished luster of stock options for compensation. There’s two things here, the first being that between AMT and option accounting rule changes the attractiveness of options for employees and employers has taken a big hit. Most people in Silicon Valley, and the tech industry more broadly, understand that they won’t get rich off options… and in this economy workers value the security of cash over the speculative opportunity that options present. Solution? The irony is that despite the diminished appeal of options you can’t have a compensation plan that doesn’t include them.

– Energy saving LED traffic lights are increasingly being blamed for car crashes… I keep saying that when you pull a lever over here something you didn’t expect is going to happen over there. The fix for this is relatively straightforward and ultimately drivers have to take some responsibility for their driving behavior in foul weather, but it’s still noteworthy because I bet the designers and engineers never anticipated this problem.

– While I am on the subject of energy, this paper on thorium fueled reactors is really interesting and reminds us all that energy production is a complex endeavor and we should not become myopic about wind and solar alone.

– MIT has a really awesome year in review for the field of robotics. The developments in the area of surgical robots with the introduction of high definition video is something that I looked at separately and found to be super compelling. I think we could be seeing massive advances in how robotic technology is deployed but like RFID it will happen without much fanfare.

– Bono’s top 10 wish list is worth a read but I have a few big issues with it… the first is that his intellectual property missive suggests we should take a lesson from the totalitarian dictators in China and track internet content. Not only does this smack of all kinds of bad, it also ignores the fact that China is losing the Internet war which makes the entire premise of Bono’s argument moot. His graph on automobiles as sexual objects resonates for me but the idea that the government should tell car companies what to build because they know what we should be buying is outright laughable and not even worthy of debate… apparently Bono has not heard of the 2012 Pelosi GTxi SS/RT Sport Edition

– Here’s a great piece on China’s high speed rail development (hey the communists can’t beat the internet but they can sure build big infrastructure projects… must be the lack of environmental reviews and “pliable” property right!). I’m hoping the next time I am in Shenzhen that I can take this train. Hat tip to @danharris for this link.

– And where is China getting all the power to run these high speed trains (a factor that California apparently has not considered yet in it’s own planning for such a train)? Nuclear. They have 11 nuclear power plants in operation and a staggering 20 under construction with more in planning stages. The Chinese have set a goal to be completely self sufficient in reactor design, construction, and operation, as well as the fuel cycle… I actually look at China’s commitment to nuclear power enviously all the while wondering where the U.S. will be when the current generation of nuclear engineers and specialists retire.

– Anyone interested in understanding how big the gap is between the amount of energy we currently produce with hydrocarbons and renewables should read Jeff Vail’s stuff. He’s great and offers sober but objective analysis.

– Get every issue of National Geographic since 1888 on a 160gb hard drive.

– Charities look for a way to unlock the power of social media tools. I know from experience this is much more difficult that it should be, it’s something I want to write more about this year.

– 2 interesting pieces on commercial real estate, courtesy of @johnreeder. The first looks at office completion rates vs. absorption in the Los Angeles market and the second takes a look at office absorption rates in Texas (red state) vs. LA and SF Bay Area (blue state). The data speaks for itself but the basic argument that underpins both pieces is that office space absorption rates follows job creation and California is at the bottom of the barrel on the latter. As I have said before, the future of California is inextricably linked to Californians having jobs and until we fix that we won’t have economic recovery.

– PBS ran an interesting segment on the Google book search controversy, the full transcript is worth a read as is this video clip: