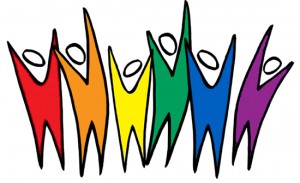 In the US, nearly everyone with enough knowledge, intelligence, and open-mindedness to dig below the surface of Federal reporting around supply diversity recognizes the farce that the whole charade has become. Unlike private-sector supplier-diversity programs that target minority groups as customers as a form of investment, Federal reporting around diversity has led to little more than bureaucratic reporting hassles, higher lower-tier supply chain costs (which roll up to the ultimate buyer), targeted handouts (i.e., diversity for me but not for thee), increased supply risk, and, above all, greater total cost. It’s shocking that more taxpayers aren’t up in arms over it, but I suppose that ignorance really has pulled a screen over a practice that — while well intentioned — is playing its own not-so-small role in driving up deficits. Given this backdrop, you’d think the Brits would learn a thing or two about our wasteful Federal diversity-contracting experiment. Guess again.

In the past month, despite booming deficits and a new experiment in socialist redistribution of wealth that makes France look like a capitalist pig by comparison, the UK has begun to introduce new legislation that “could give procurers — especially in the public sector — greater powers and obligations to demand diversity strategies from suppliers…