Okta Trust pages jukes the stats with a synthetic measure of uptime and “minutes up” that includes days that have not yet elapsed.

Trust is a cornerstone of the Apple brand… the company that pioneered the notion of “the stuff just works”. The damage the brand has suffered this week is yet to be calculated and the “hey it’s not our fault, users should manage passwords better” statement didn’t help. All this a week to the day before […]

Sales Tactics: A View from the Receiving End

On average I get 10-15 vendors calling me each day to sell me stuff (marketing is a services, content, and systems heavy business these days). I pay a lot of attention to the details of how people sell and try to incorporate effective tactics into our own SDR function. Here’s my rundown on the most […]

This week the crazy internets have been abuzz with the story of AOL executive Ryan Block, who attempted to do something rather mundane, cancel his cable, and was subjected to an excruciatingly long ordeal with the customer service representative at Comcast. This is well covered, I don’t need to relive it… and more to the […]

Be Careful What You Get Good At

I just finished watching True Detective, which by any measure is an impressive piece of work. There is a scene in one of the final episodes really struck a chord with me. Cohle: Life’s barely long enough to get good at one thing. Hart: If that long. Cohle: Yeah, so be careful what you get good at. […] 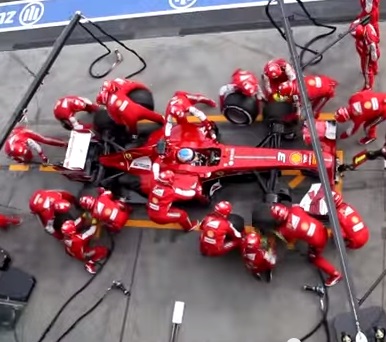 Retooling Marketing in a B2B Company

Ping Identity has gone through a top to bottom transformation in marketing over the last year. A successful organization that fed impressive growth, reaching growth and revenue records year over year, the marketing organization relied on a proven B2B outbound marketing model that precisely measured lead capture rates. My interest for the last decade has […]

A report is out today suggesting that up to 1/3 of wearable computing users are abandoning the devices. That observation is strengthened by research from Endeavour Partners in the US, which found that one-third of American consumers who have owned a wearable product stopped using it within six months. What’s more, while one in 10 American adults […]

One of the reasons why I joined Ping Identity is that the identity market is undergoing a significant transformation as a result of changing user behaviors. The demands that mobility and APIs are putting on businesses, and how architectural limitations in traditional IAM stacks mean their relevance in the market will invariably decline. This is […]