The Key to Branding Success: Staying in Character

Decades ago I had the pleasure of watching a branding video, created by a San Francisco ad agency, narrated by an advertising executive with a familiar voice who’d narrated scores of commercials [1].  It was, I believe, entitled Staying in Character and while I’ve searched the internet for it many times over the years — […]

Marketing Targeting: It’s Not Just Where You Fish, It’s What You Put on the Hook

Back in the day I was taught that marketers do three things, memorized via the acronym STP:  segment, target, position. Divide the audience into different segments.  For example, dividing consumers by demographics or dividing businesses by size or industry. Select the segments that the company wishes to target for its marketing.  For example, choosing small […]

Thoughts on the Internet’s Monetization Opportunity

A few days ago I hosted the meeting of our Internet Advisory Board.  Preparing for that meeting led me to jot down my thoughts regarding the sector’s monetization opportunity. I remain bullish on the transformative potential of the Internet in the enterprise that we view as the channel for achieving scale inexpensively and transforming every […]

Big Data, Attribution and The End of “Spray & Pray”

What kind of ROI do your online ad dollars deliver? If you have no idea, you’re not alone – according to OptiMine, an online analytics company, 61% of advertisers say that they are challenged to reliably measure the ROI of digital advertising. This is not a small problem – it’s foundational to the way advertising […]

I read this piece in Business Insider about comments that David Karp of Tumblr made while keynoting at Cannes Lions, a big advertiser conference held this week. I’ll save you the pain of reading it on their site, here’s what their core complaint is: 1) Karp originally refused to allow advertising on Tumblr, stating at […]

“Who is the customer?”  It’s a great question and one that my managers liked to ask when I was a young sales representative.  Like all great questions, it got to the meat of the matter with an economy of words that impressed as much by the brevity as for the meaning. The customer’s identity is […] 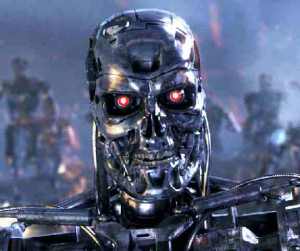 Fascinating story over on Techcrunch:  Startup Limited Run claims 80% of the clicks it got through Facebook advertising were due to bots.  They concluded this because so many of the clicks had Javascript disabled (they say normally only 1-2% disable Javascript) and because whatever was clicking through wasn’t bothering to fetch the images on the […] 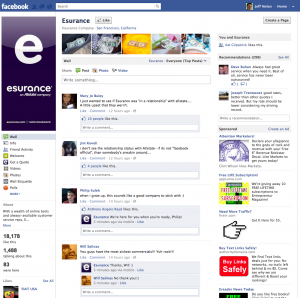 Hitching Your Boat to Customer Advocacy

I recently wrote about how McDonald’s and RIM had flamed out with their #hashtag campaigns on Twitter. Not pretty. However, I admit that I am somewhat conflicted about this because I completely subscribe to the notion that customer advocacy will drive successful companies to sustainable competitive leadership. Gone are the days when a company could […] 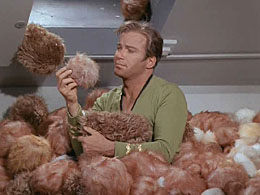 Today seems to be bash on Twitter day: –   Trouble at Twitter is a Fortune article talking about how Boardroom antics, CEO switches, and other distractions are keeping Twitter from progressing. –  Twitter turned down a $10 Billion offer from Google, and the Business Insider claims that although they have 200 million registered users, […]