It’s amusing being a spectator on the sidelines of the current tech investment bubble (granted, some air was let out of it a few weeks ago). Last time around, I was in the midst of it working for a company called FreeMarkets, which had one of the most successful IPOs in history. I also found […] 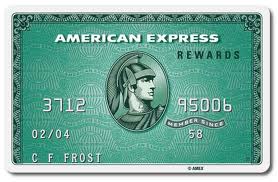 With a hat-tip to Bob Ferrari, I came across a December study conducted by CFO Research Services and American Express. The study surveyed finance executives on their views on economic recovery, and on their corporate behavior during the downturn. The…

Amex Acquires Revolution Money — Another Step Away From Spend Management

American Express continues to disappoint in the Spend Management sector of late, having taken the ball on their opponent’s 40 yard line numerous times with the result so far having been numerous interceptions and punts and nary a touchdown, not even …