Let’s face it. Social media is something that most of us now use extensively in our personal lives but that most of us still use significantly less at work. A wide variety of data clearly shows that companies are bringing up the rear. Those currently engaged in social business initiatives today are well aware that

Our new business strategy book has just been published by Jossey-Bass this week and is now available in print and e-book online. It will also be in bookstores near you — depending on your specific locale — within the coming weeks. Co-authored by myself and Dachis Group Chief Strategy Officer Peter Kim, we have carefully […]

The Value of Social Business: Exploring the ROI Question

It’s a pretty simple equation at the end of the day. When businesses decide to invest in technology, they are hoping to ultimately get more value back than they put in. The time windows for such investment are generally 2 years, more or less. This was recently validated for me as I helped judge the

The Architecture of a Social Business

Although I’m a technologist by trade, I’ve long been disabused of the notion that social business is first and foremost a technical discipline. While almost certainly a bit more art than science at the moment, it’s the human aspects of how social media changes the way we think and work that are ultimately the most […] 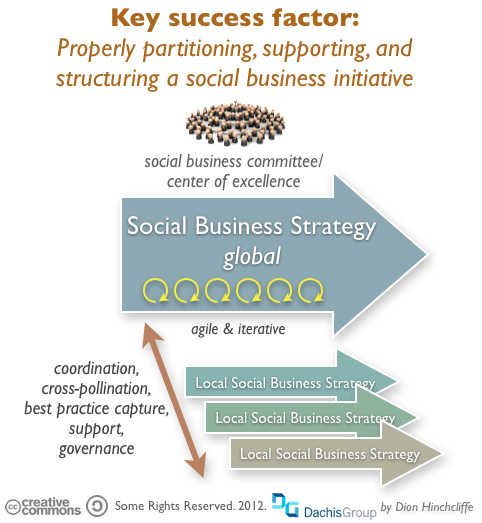 What Not To Leave Out Of Your Social Business Strategy

It’s been gratifying to spend the last month looking at social business success stories and documenting their progress and the lessons learned. We’ve come a long way: The maturity of the industry and our collective understanding of how to successfully transform our organizations by adapting the ideas and tools of social media to the workplace […] 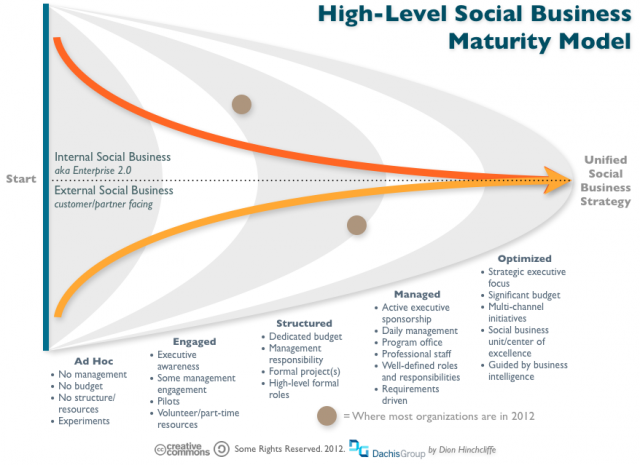 Baselining Social Business Maturity: Why and How

These days a growing amount of the discussion concerning social business involves how to move beyond the “tacking on” of social media to existing digital and traditional business processes. It’s not that such incremental efforts aren’t useful and such augmentation can and usually does have value. It can also build early skills, develop organizational capabilities, […] 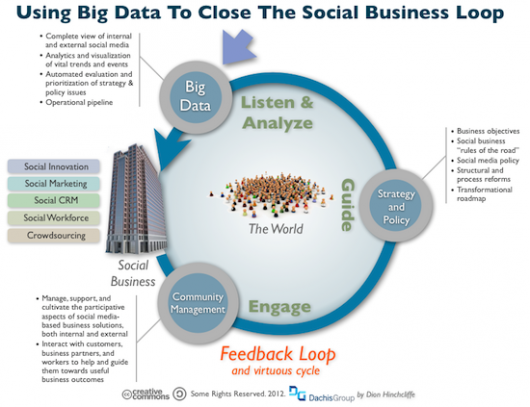 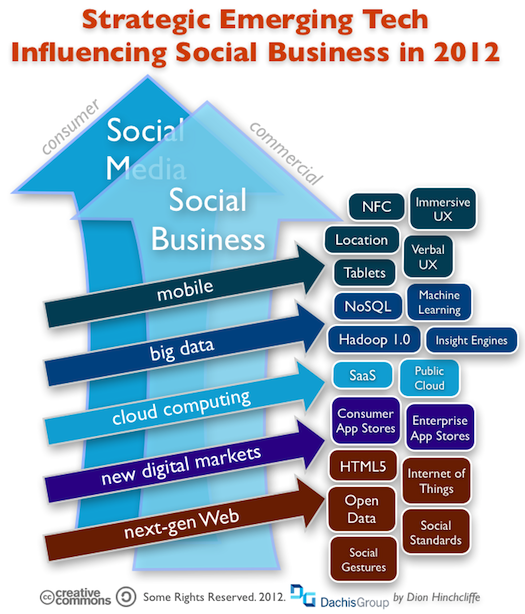 Emerging Tech Trends That Will Impact Social Business in 2012

While social media remains one of the single largest demographic changes of our time, over the last year or so the field has been accompanied by an entire generation of new technology advancements that are starting to reshaping the industry. In 2012, we’ll see many of these tech changes — some merely evolutionary, others more 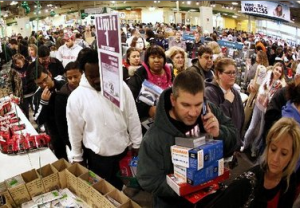 I’ve never done the Black Friday thing.  Why would any human being subject themselves to that stress and, well, craziness?  Friends of mine tell me they love it.   They’re busy scoping out all the best deals, online and offline, well before the big day arrives.  They’re like highly skilled commandos when they finally descend upon […] 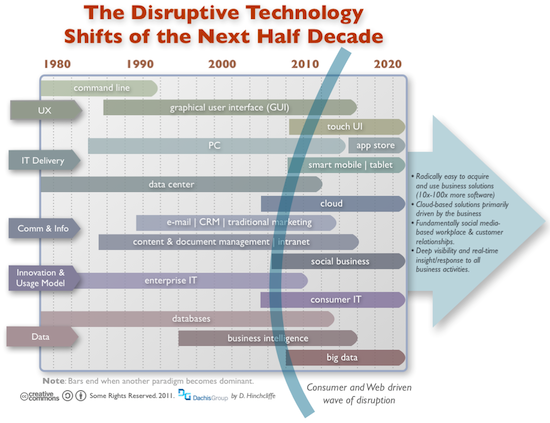 There’s a sense of profound change in the air in the large companies I speak to these days. The rapidly changing consumer technology world, along with a huge helping hand from the Web, is fundamentally changing how business gets done.
Most of us have either witnessed this or have read it the press. We […]