Complex systems fail in complex ways not anticipated by engineers. You can over-engineer the systems, test every imaginable scenario, build redundant system coverage, test again. and you can still fail.   Boeing’s nightmare is just beginning, their latest generation airplane, the 787 Dreamliner, has been grounded because of fire danger in the lithium ion batteries […]

Kudos to Bob Ferrari for picking up on some recent commentary from Boeing CEO Jim McNerney, who recently voiced his opinion of how the aerospace and defense supply chain is becoming increasingly dependent on suppliers. The news got to Bob in a sort of roundabout social media way. He notes in this regard that “The […] 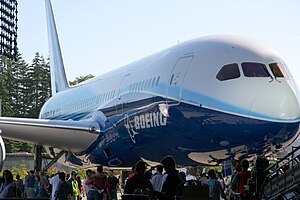 The media are abuzz with stories today about how Boeing?s 787 is ready
to take flight. Consider how the BBC goes as far as to suggest that
“Boeing has pegged its hopes for the future on the plane.” But what
are the top procurement and supply…