The long recession and the rise of social CRM were not simply co-incidental.  I believe they happened together.  That’s not to say that social CRM happened for some cosmic reason, I neither subscribe to the belief that all things happen for a reason nor do I believe I am qualified to hold forth beyond what […] 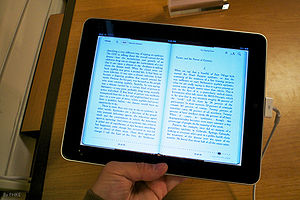 Image via Wikipedia Tablet vendors at the recently concluded Consumer Electronics Show (CES) in Las Vegas had a coming out party.  Driven by the wild success of the iPad, they introduced something like eighty — that’s 8-0h my goodness — tablet PCs to the world.  Now, by itself that’s significant, especially for CRM, and something […]