A little while ago I wrote about New Coke and the time in the 1980’s when Coca-Cola tried to change its formula (without much prompting from customers).  As you may recall, especially if you were alive and drinking the stuff at the time, the customers didn’t much like it. They were miffed about the new […]

Remember how we told you it was time to stop building microsites, think like a broadcaster and build channel? Well, big brands have been doing that very successfully. In fact, according to this article in AdAge, in many cases branded sites are being completely eclipsed by “owned” social media: “Coca-Cola, with its 10.7 million Facebook […]

Will 2010 Be the Watershed Year for Media and Advertisers?

Just before the holiday, Pepsi dropped a bombshell: they are cutting their Superbowl ads, instead spending $20 million on something called the Pepsi Refresh Project, a “social media” campaign that will hand out tens of millions of dollars to people who want to “refresh” their communities via good works. Of course, the social media universe […] 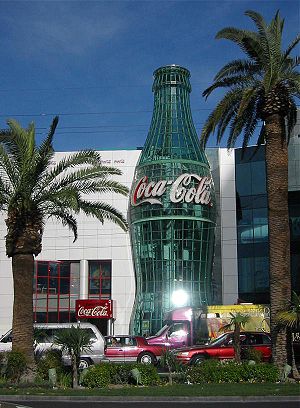 We got a lot of pitches from technology companies at the recent HR Technology show in Chicago. Each of us asked vendors “What are the top 3 things we should remember about your firm?” and often we were met with blank stares; a litany of functions and features; or, that rarest of all, a polished set of messages any analyst or prospect would love.