Microsoft Convergence 2013 wasn’t flashy; it wasn’t mind-blowing or even super energetic, though it had enough energy. But it was important to be there, to understand what Microsoft was doing and to see where they were going.

Marketing is for many CRM vendors the last frontier and many are integrating what had been a stand alone function into their solution sets.  Marketing requires a different mind set and can deliver significant value as this report points out. Fred Studer is the new GM, Microsoft Dynamics Product Marketing.  He’s been on this job […]

Microsoft Enterprise Apps: Good is the enemy of Great

Let me start off by saying if I was walking the halls of Convergence in New Orleans this week, I may have a somewhat more generous point of view. But I am not there so catching up on what colleagues are reporting. And it just reinforces what I have felt for a few years – […] 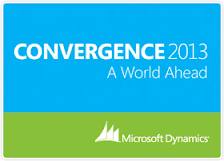 Two Things from Convergence 2013: CMOs ain’t Rich, MSDynCRM is Getting There

I attended Convergence for a short time this week (I was unfortunately booked for another event so I was only able to make it for a day and a half). It was a good show, nearly 12,000 people clamoring to learn as much as possible about Microsoft Dynamics (all of the flavors, not just CRM) […]

Kirill Tatarinov’s keynote at Microsoft’s Convergence 2013 marks a subtle, yet very significant shift in how this technology leader is marketing itself to partners and the outside world.  They are humanizing their marketing, messaging and products. Gone is the Spock-like precision of presentations packed with roadmaps, mind-numbing metrics and intricate feature analysis.  The Nick Brophy […]