As human-like machines begin to perform more advanced tasks, we fear that they will replace us, take our jobs even. But the truth is, machines are making our lives easier and allowing us to focus more on what humans do best, such as making subjective decisions and using our emotional intelligence. Robots and machines, in effect, […] 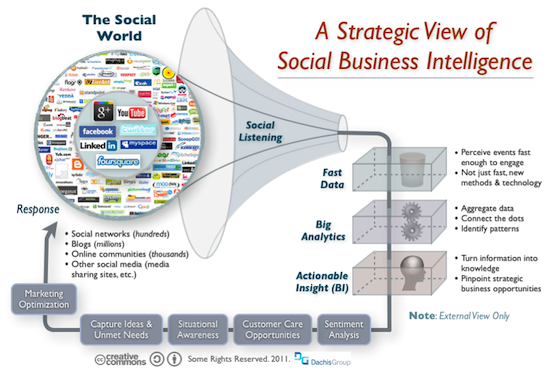 By Dion Hinchcliffe on September 1, 2011

Recently I’ve been tracking the growth of social analytics and the means of delivering well on it. Connecting it to the needs of the business is the next step beyond basics of collating, aggregating, and identifying patterns in what the world is doing that affects your organization. On ZDNet recently, I explored the rapidly growing trend of big data. Collectively, big data represents a set of highly innovative new ways that companies are developing to distill value from the sheer scale, richness, and complexity of today’s vast networks of people and their data, of which the Internet is just the biggest example. It is social media in particular, however, where big data and business value intersect.

Scary Technology (#1) – Tech that should irk you

Halloween is just around the corner and there’s some scary technology out there. In this first of three posts, see how insidious some of this activity really is………

An Oracle of Spend Classification or Just Another Spend Tool? (Part 2)

In my first column covering Oracle’s new Spend Classification product, I touched on a number of background elements about the solution. In today’s post, I’ll continue this examination, digging into how the tool works in practice (and in the final par…

An Oracle of Spend Classification or Just Another Spend Tool? (Part 1)

Earlier in the month, I noted in a post that Oracle unveiled a new spend classification capability at Open World. In announcing the features of the solution, Oracle clearly took a few cards from Zycus, Spend Radar, Ariba, Emptoris, BravoSolution and …