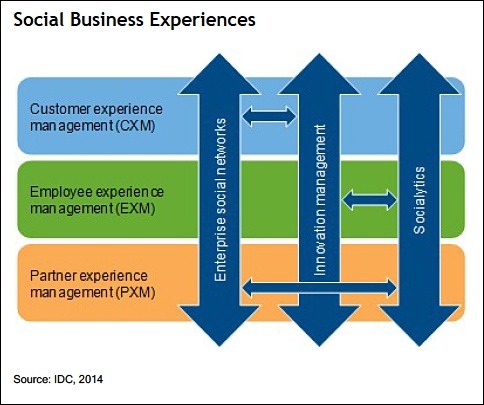 Social enterprise — communication, collaboration, and knowledge sharing across business silos and departmental boundaries — is a core part of digital business transformation initiatives. Research from IDC sheds light on this topic. 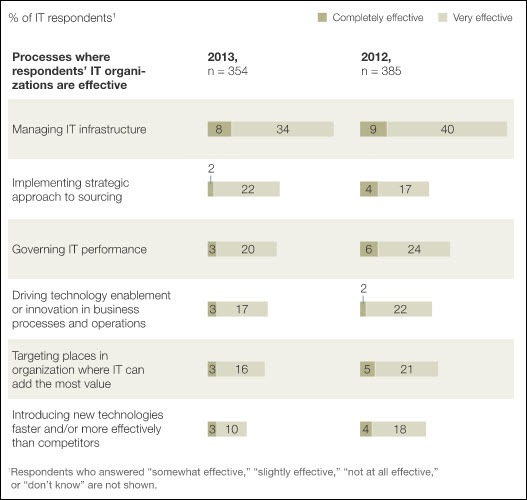 McKinsey research: IT needs a kick in the keister

A new study from strategy consulting firm, McKinsey, shows “growing dissatisfaction” with IT performance, from both business users and within the ranks of IT itself. The study notes that almost one-third of IT respondents believe replacing their own leadership should be a top priority to improve IT performance. This data signals a growing crisis, in which […]

A new breed of chief marketing officer seeks data-driven answers to tough challenges, such as establishing clear links between marketing spend, activities, and specific business outcomes. To meet these goals, marketers have taken over an increasing slice of the overall budget that enterprises allocate to technology. Not surprisingly, this trend corresponds to the growth of […]

Dion Hinchcliffe talks about the growing shift of tech dollars to the CMO, and even more shrinking of the CIO’s role. Several reactions: a) Marketing is only the latest buying center to come to the attention of tech market watchers. Few people seem to acknowledge the CMO has long used TV audience monitoring, POS data, […]

Business, Social Business and Beyond…

There are lots of businesses. Only a few have successfully found a way to be great social businesses, too. Sadly, even fewer still know how to listen to the the process improvement suggestions of their customers.

Redesigning the Enterprise from the People Up

Top-down business process design is getting a bit of a bad rap at the moment, and deservedly so, say some. There’s a new meme in town called social business that says we should design enterprise systems around the people that…

I’ve been doing some thinking about the 1st half of 2010 and have some observations, some of which deserve a probably longer treatment than I’m about to give them and some of them that only need a sentence or two.  They are not entirely random but they are a series of slightly disconnected thoughts on […]

What Works in Social Business

At our recent Social Business Summit 2010 in Austin, I gave a presentation about the state of Social Business Strategies in 2010, and more importantly what is working and why. The 56 slides are included below, in the event that you weren’t able to attend the summit. They cover topics such as social business benefits, […]

The 2.0 Adoption Council is now part of The Dachis Group

What?  Wow!  How come?
History
Let’s begin at the beginning.  The beginning of the social business (r)evolution didn’t begin in with web 2.0, it began with web 1.0 in the mid-90s. From research I published in 2000, we wrote this about the company Jeff founded in 1995, Razorfish:
Razorfish’s vision states, “Everything that can be digital, WILL be”  The company […]

Going to the edge of Social Business

Dion Hinchcliffe and I were in New York this week and stopped by Stowe Boyd’s Social Business Edge conference. Much in the same spirit of our own Social Business Summit in Austin, this conference was a single day and densely packed with some of the best speakers I have heard in years. The speaking slots […]