We are nearing year-end and that means it’s time for my annual year in review.  This is not an attempt at a quantitative inventory just my assessment of things that happened that will matter in the long run.  From my spot it looks like marketing took a big step towards greater relevance in 2013, the […]

Commerce Server Finds Its Logical Home On Wednesday November 20th, 2013, Copenhagen, Denmark based Sitecore acquired Ottawa, Canada based commerceserver.net for an undisclosed price.  Originally known as the Microsoft Siteserver and Commerce Server 2000, the product was orphaned by Microsoft,  then Ascentium, the key development partner were given the rights to further develop and market […]

Marketing is taking CRM by storm; while we’ve all been fixated on social media, many companies — both vendors and end customers — have been acting more broadly by acquiring and extending marketing solutions. At the recent Microsoft Convergence 2013 held in New Orleans in March, the company put a lot of emphasis on marketing.  […] 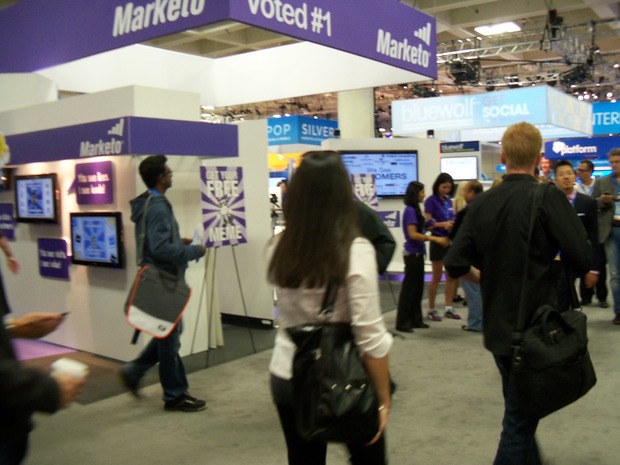 Oracle announced its intention to purchase Eloqua for approximately $871 million (USD). Oracle, a purveyor of ERP application software, database software and computing hardware would acquire a firm that specializes in Marketing automation software. Eloqua traditionally competes with firms like Marketo, Pardot and others. From the experience of my firm’s clients, products in this space […]

Oracle announced its intent to acquire marketing automation vendor Eloqua for $871M USD, which is about a 30% premium on Eloqua’s closing price Wednesday and quite the multiple on a revenue run rate of just under $100M. Oracle has been…

That’s it?  Only $810.8 million?  Not even a whole billion?  I would have thought Eloqua would command a higher price, especially with a market cap in the $4-500 million range.  Lots of people are saying nice things about the deal but I ain’t buying it just yet. They IPO’d in August at $11.50 per share […]

So, just about a month after Dreamforce, Salesforce.com is coming to New York for one of its regional Cloudforce conferences.  The event will be at the Javitz Center in Manhattan on October 19.  Salesforce is expecting six thousand attendees. The focus of the event is supposed to be on the newly re-announced Marketing Cloud — […]

I made a decision this week that pleased me and will drive some of my thinking about the CRM business well into next year.  I opened up a contest called the WizKids Award.  That might not seem like much and it might seem self-serving for me to write about it but maybe there’s more. WizKids […]