When Smart People Double Down on #FAIL

I awoke this morning to an email from Netflix CEO Reed Hastings saying he was sorry… although it wasn’t entirely clear if he was sorry for losing half of his market cap in the last year (shareholder) or sorry for the crappy streaming catalog and losing Starz while implementing a price increase (customer). It became […]

Recent headlines about Toyota have no doubt been music to the ears of its major rivals — especially Ford and GM. From a giant recall for gas pedals that stick (making the Audi 5000’s sudden-acceleration PR woes look tame by comparison) to botched hy… 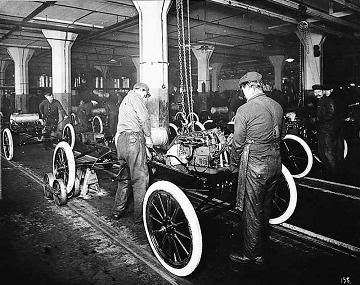 Just before Christmas I had a chat with Ford’s head of battery electric vehicle applications, Greg Frenette. We discussed how Ford has been working with utilities and industry organisations to ready its electric vehicles for deep integration into smart grids.
It was fascinating for me to see just how far Ford have proceeded with their thinking […]

Can the UAW Be Owner and Representative?

Interesting times we live in… the UAW is finding itself increasingly at odds with it’s members over the negotiated but not yet approved Ford labor agreement.

On Sunday, 92 percent of workers at Ford’s Kansas City Assembly Plant voted against proposed contract changes. The vote there came after a stormy meeting at nearby Winnetonka […]