Infor, A Company in Transition

I just returned from New Orleans last evening after attending Infor’s user conference Inforum (disclosure: Infor paid my travel expenses to the event, and is an IDC client). On the flight back I was thinking about what I saw, and what I’ve learned about Infor from my last several interactions with them, and wanted to […]

FinancialForce Debuts Its Full ERP Suite On Feburary 19th, San Francisco headquartered, FinancialForce.com announced the launch of its full suite of ERP offerings built on the Salesforce1 platform.  Backed by investments from Unit4 and Salesforce.com, the cloud based vendor began as a single ledger financial management system built on the Salesforce.com Force.com platform.  The announcement […] 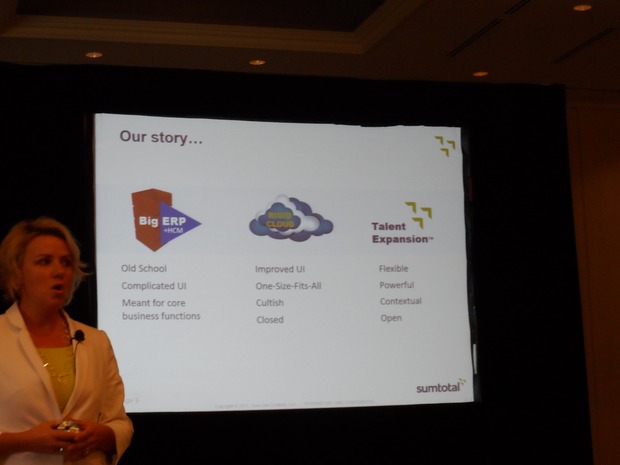 How to succeed in HR software

Selling HR software today requires attention to whether your customers want or appreciate a suite, specialized capabilities or ease of integration. Different kinds of solutions have to be marketed with a skill towards what different buyers want or need. Here’s what some vendors are doing in this regard.

Today Salesforce.com and Workday announced a deeper relationship to “join” both company’s enterprise cloud software products. This announcement has all the standard integration talk, which sounds good for joint customers of course, but also spent some time making it clear that each company was using / planning on using the products of the other. In […]

The keynote this morning by co CEOs Dave Duffield and Aneel Bhusri was a study in contrasts. There were plenty of reminders of the complex world we live in. Mike McNamara, CEO of Flextronics, talked about his 30 country, $20+ global operation. George Tenet, former CIA director, now a Workday customer discussed the geopolitics of […]

Partnership Announcements Enhance Ultimate Software’s Offerings Amidst a crowd of 1500 customers, partners, and attendees, Ultimate Software held their annual gathering from March 12th to March 15th, 2013 in Las Vegas.  Geared towards the medium sized to enterprise markets, Ultimate Software has steadily taken market share from ADP for payroll and expanded out into operational […]

Continuing my attempts to bring Shakespeare into as many posts as I can…. Let specialties be therefore drawn between us, That covenants may be kept on either hand. (Taming of the Shrew  II. i. 127-8) A couple of weeks ago, I presented at the HR Technology Conference in Chicago, the topic being SaaS Contracts:  how not to […]