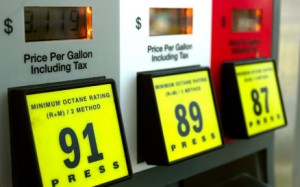 You can learn a lot from simple things in life.  Simple behaviors that run below the level of consciousness make decisions for us all the time. Take the humble gas pump as an example.  Pretty simple to operate.  Yet I noticed some time ago that gas station operators were changing the order in which they […]

Just a short post for my Helpstream Learnings series today: Reading 37Signals latest book, “Rework“, has crystalized a few thoughts I’d been having since Helpstream.  It’s a great read, BTW, if you haven’t already checked it out. This particular post is about Starters.  The authors of Rework want to drop the term “entrepreneur” and switch to […]

References and Pricing for SaaS Startups

Getting the pricing right is a pretty critical part of any startup’s early stages.  And it’s hard.  The first task when selling business software (I differentiate from the consumer software experience) is getting anyone to pay anything for it and then be willing to talk about it so you have references.  Indeed, there is often […]

I have had the unpleasant experience of being involved with or hearing quite a bit of the blow-by-blow associated with the replacement of a CEO at one company or another.  While I have not experienced the ultimate displeasure of being replaced myself (despite “ousted” rumors to the contrary!), I can tell you that it is a […]

Minimizing the Cost of SaaS Operations

SaaS software is much more dependent on being run by the numbers than conventional on-premises software because the expenses are front loaded and the costs are back loaded.  SAP learned this the hard way with its Business By Design product, for example.  If you run the numbers, there is a high degree of correlation between […]

Time for my first Learnings post about my Helpstream Experience. Freemiums are a fascinating subject.  Whole books have been written about the concept of extracting value from something that’s free.  The FOS (Free Open Source) movement is all about free, and we benefited tremendously from it at Helpstream.  Not one single software license fee was […] 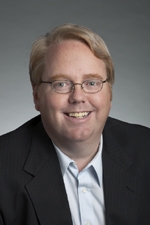 Helpstream CEO Gone. Or is it the Company? Either Way, We Gain a Great Blogger.

You heard the good news here first, so it’s only appropriate to be the first to follow up: Bob Warfield is likely out as CEO of Helpstream, a Social CRM SaaS provider.  The company website still lists Bob as CEO, but his blog post this morning implies news not yet officially announced: My Startup Track […]

Success.  Success.  Failure.  Success.  Failure. That’s it, that’s my story.  It’s been my heartbeat.  I’m a Serial Entrepreneur with a 60% track record, which is comforting, except that I’m coming off my latest failure at Helpstream.  60% is way in excess of what most any VC ever gets.  It’s way better than anyone I know, […]