Solving for the Customer

You might remember Garry Kasparov, the last chess grand master to beat a computer. That was about 20 years ago when he went up against Deep Blue, the IBM megaframe that is the direct ancestor of Jeopardy!-winning Watson. A re-match between Deep Blue and Kasparov a year later did not go so well for the […]

Technology is one part of the impetus for change in the workplace and has historically been a lever in major transitions like the one we’re currently experiencing. There are new technologies like mobile, cloud and social that are a big part of this change of course, but there are some other specific technologies that are […]

Last week five other VCs and I were invited by IBM’s Venture Capital Group to a private viewing of Jeopardy’s final round where Watson was competing.  Following the show, and Watson’s win, we engaged in a very interesting conversation with Eric Brown, Watson’s technical lead, and Anant Jhingran, CTO of IBM’s Information Management Division, about […]

Well, I had to do it.  I had to rip off the headlines and apply it to our customer service problems. In case you call a rock your comfortable abode (or have a life outside of the echo chamber of Twitter that does not include watching Jeopardy), the news is that IBM created a super-computer […] 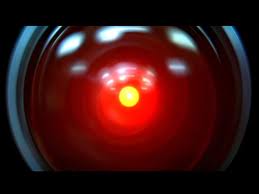 IBM’s Watson software is the subject of this week’s SmoothSpan InfoBoom-sponsored posting. In it, I discuss the ramifications of IBM’s remarkable Watson software for Business in the next 10 years.  It’s amazing to watch the videos of IBM’s Watson participating in Jeopardy rounds against the human champions.  Watson answers faster and more accurately, and it seemingly […]

I attended the keynote this morning, on the theme of looking forward: first we heard from Mike Rhodin, an exec in the IBM Software group, then Brenda Dietrich, a mathematician (and VP – finally, a female IBM exec on stage) from the analytics group in IBM Research. IBM Research has nine labs around the world, […]