To Pre-Meet Or Not To Pre-Meet: That Is The Question

I once asked one of my board members which CEO ran the best board meetings across his portfolio companies.  His answer was, let’s call him, Jack.  Here’s what he said about him: Jack got the board deck out 3-4 days in advance of the board meeting Jack would call him — and every other board […]

As you may have heard, PayPal president David Marcus recently zipped off a zinger of an email to company employees which was leaked to Business Insider and featured in this story:  PayPal Chief Reams Employees — Use our App or Quit. Some highlights: PayPal It, our program enabling you to refer businesses that don’t accept […] 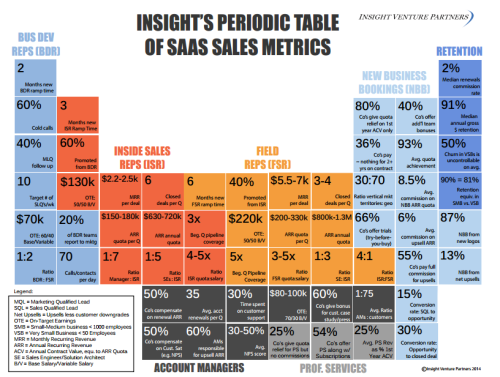 I just ran into these two tables of SaaS metrics published by Insight Venture Partners (or, more precisely, the Insight Onsite team) and they are too good not to share. Along with Bessemer’s awkwardly titled 30 Questions and Answers That Every SaaS Revenue Leader Needs to Know, financial metrics from Opex Engine, and the wonderful Pacific […]

Did You Just Make a Plan or a Budget?

Congratulations!  If your company is like most, you’ve recently finished a (hopefully) solid 2013 and, from an EPM perspective, completed your 2014 annual planning process. Before we get too excited, however, let’s ask one quick question:  did you just make a plan or a budget?  In business, we tend to use the terms “plan” and “budget” as synonyms. […]

Buy this Book for Yourself for the Holidays

When Nilofer Merchant’s 11 Rules for Creating Value in the Social Era came out, I bought it on my Kindle.  But, because I have 49,245 books on my Kindle (not really, but that’s what it feels like), I sort of just parked it there to read to “later.” Well, later was this weekend. I’m stunned […]

I’ve always put a lot of stock in business execution. The first book and management thinker I was truly influenced by was not Porter’s concepts on Competitive Advantage but (the late) Professor CK Prahalad’s notion of competing on Execution. I’ve been specific about this in a post and Nilofer Merchant did a great job illustrating this in her Harvard Business Review piece.

This is the 5th installment in the Startup Lessons series I have been writing in the wake of my experience with Get Satisfaction. This one will certainly inspire a lot of head shaking around the table as anyone who has been involved with a startup can relate to this. To recap, here is the series […]

I spent 3 years at Get Satisfaction, going from around 10 employees to 70′ish at the peak. Leaving was not an easy choice but after 3 years I needed to do something different, not better just different; I detailed my reasons and next move here. After much contemplation I decided to write a blog post […] 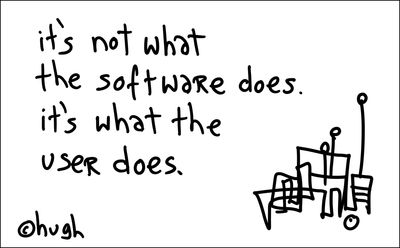 The CIO and CTO titles have been around for a bit… And I can sympathise with that, after all IT used to be something magical hard-to-grasp stuff for many in the upper echelons of the organisations. And much of that…