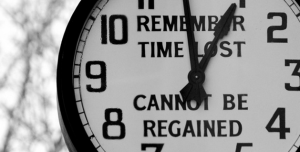 The overall impression I got was that modern, statistical and analytic marketing is still in its early phase though few people I know need to be convinced about its usefulness and efficacy.  You could see evidence for this belief in the products and product introductions, the breakouts, and in the speeches. First the speeches.  In […]

Marketo Moves Beyond Revenue To Customer Engagement Platform A growing realization that funnels are dead again (and again) in sales, marketing, service, and commerce drives a big shift in the digital business disruption.  In front of 6000 customers, prospects, influencers, and employees, Marketo’s CEO Phil Fernandez put to bed some myths about the mix of […]

Day one of the Marketo Marketing Summit 2014 was highlighted by a speech by possible presidential candidate Hillary Clinton who spoke about the intersection of social media and the Internet during her tenure as Secretary of State.  Clinton is no technological light weight and gave example after example not only of how the State Department […]

The reviews never stop do they? This week we take a look at the CRM Watchlist 2014 Marketing companies. Again, they are not “category winners” and they are in alphabetical order. Check out Hubspot, Marketo, and Teradata Applications. Your thoughts?

We are nearing year-end and that means it’s time for my annual year in review.  This is not an attempt at a quantitative inventory just my assessment of things that happened that will matter in the long run.  From my spot it looks like marketing took a big step towards greater relevance in 2013, the […]

How many euphemisms are there for divorce?  We’re still good friends.  It was mutual.  Time to move on.  Whatever.  It happens all the time. In business, relationships form and dissolve faster than last week’s nuptials in Vegas.  Companies do what’s best for them and their shareholders and that’s the way it is.  But we don’t […]

Marketing is taking CRM by storm; while we’ve all been fixated on social media, many companies — both vendors and end customers — have been acting more broadly by acquiring and extending marketing solutions. At the recent Microsoft Convergence 2013 held in New Orleans in March, the company put a lot of emphasis on marketing.  […]