Well, it’s pretty clear that SAP will be announcing something in Chicago on Monday, judging by the above re-tweet from SAP head of EPM product management David Williams, and by the content in the SAP Conference for EPM program, itself: … Continue reading →

The Pillorying of MarkLogic: Why Selling Disruptive Technology To the Government is Hard and Risky

There’s a well established school of thought that high-tech startups should focus on a few vertical markets early in their development.  The question is whether government should be one of them? The government seems to think so.  They run a handful of programs to encourage startups to focus on government.  Heck, the CIA even has […]

Big Data and the Internet of Things

The physical world (from goods to equipment) is becoming digitally connected through a multitude of sensors.  Sensors can be found today in most industrial equipment, from metal presses to airplane engines, shipping containers (RFID), and automobiles (telematics devices).  Consumer mobile devices are essentially sensor platforms.  These connected devices can automatically provide status updates, performance updates, […] 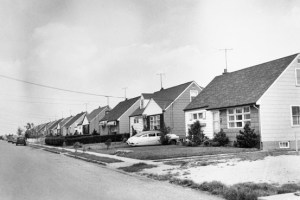 Big Data is Business Intelligence plus Attention Deficit Disorder?  That’s gotta be linkbait of an order I’ve not used since my NoSQL is a Premature Optimization post.  What’s up with that? I just got done attending Jeff Kaplan’s excellent Cloud BI Summit at the Computer History Museum.  It was a very enjoyable event and it […]